What we've accomplished in North America has worked like no other conservation system in the world.

﻿In 1842, the U.S. Supreme Court affirmed the legal notion that America’s wildlife should be held in trust for the public and could not be owned, as wild game had been in Europe, by a ruler or any individual. This was in keeping with America’s fledgling experiment in democracy, and it would have enormous implications over the course of our history. As this radical notion evolved, it would become the basis for what modern wildlife managers and hunters call the North American Model of Wildlife Conservation.

At first, the concept of wildlife as a public resource belonging to everyone probably worked against any notion of conserving it. Certainly the histories of the buffalo or the pronghorn during most of the 19th century offered little encouragement. They more accurately illustrated the so-called “tragedy of the commons,” where unregulated resources belonging to everyone are valued by no one. 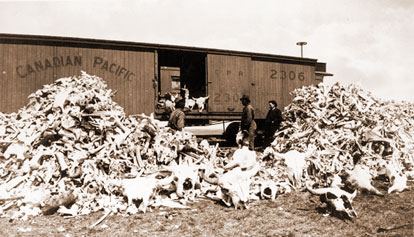 But by 1870, when it became clear that apparently inexhaustible numbers of wild animals were, in fact, extremely finite, the radical—and unique—notion of public wildlife became the salvation of those dwindling populations. Conservation leaders such as President Theodore Roosevelt saw the fate of America’s wildlife as tied to the fate of the nation: Americans’ willingness to squander such a commonly held treasure did not bode well for democracy’s future. These leaders, almost all of them hunters and fishermen who had either lived or traveled on the western frontier, were the spokesmen for a citizenry anxious to save what was left of the nation’s wildlife heritage. As early as 1876, before the last great buffalo slaughter near Miles City, roughly 500 sportsmen’s groups had formed across the country to advocate for game laws and conservation. It took a while, but by the mid-20th century wildlife losses were slowly turning to gains. 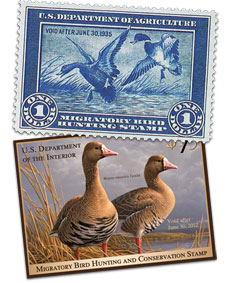 Under the North American model, everyone in the United States and Canada had the right to hunt and fish within the boundaries of laws—laws made in a democratic manner by the same people who owned the resources. In its way, it was as revolutionary as the idea of democracy itself. Because wildlife belonged to everyone, it could not be bought and sold, and laws were enacted to halt the market hunting that had devastated populations across North America. Hunters and anglers agreed to buy licenses, and their license fees were used to purchase habitat and restore fish and game populations. The Pittman-Robertson Act of the early 1930s, designed by hunter-conservationists, was a tax on firearms and ammunition that has raised over $5 billion for wildlife and habitat. The Migratory Bird Hunting and Conservation Stamp Act of 1934 provided the money to purchase and maintain America’s federal system of wildlife refuges. The system now contains 5.2 million acres of waterfowl habitat that also provide refuge to at least one-third of all endangered and threatened species in the United States.

The North American model worked, like no other system of conservation on the planet. And it remains unique to North America, the only continent that retains a modern culture of hunting and fishing along with the world’s healthiest populations of elk, deer, pronghorn, moose, grizzly bears, waterfowl, and hundreds of other wildlife species. 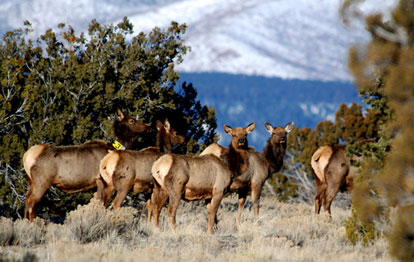 Hal Herring, of August, is a contributing editor for Field & Stream, and has written for publications including The Atlantic Monthly and The Economist.

Get the latest news on Montana's wildlife, fish, and parks management, conservation issues, and endangered species in Montana Outdoors.This captivating color magazine provides an in-depth look at what's going on in Montana's mountains, rivers, reservoirs, prairies and forests. For a special website offer of just $12 per year, you'll get the latest information on Montana's trout rivers, elk management, state parks, wolf and grizzly delisting, and more. Plus you'll find recent updates on seasons, laws, and regulations, not to mention some of the best outdoors photography in the country.