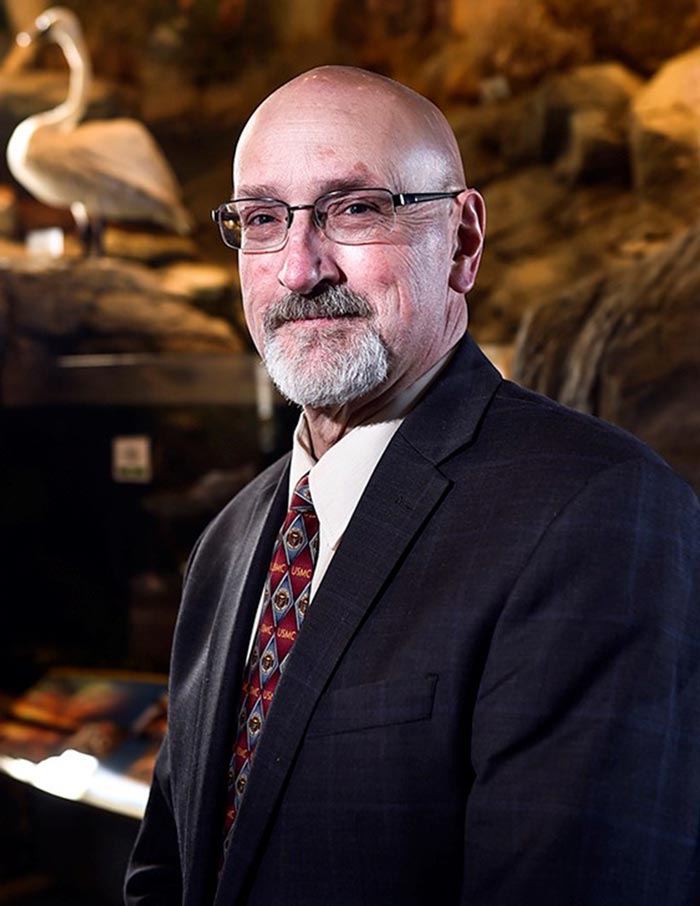 It is an honor to be the director of Montana Fish, Wildlife & Parks. We are an agency tasked with stewarding the vast fish, wildlife and recreation resources that make Montana, Montana. As the 25th director in the department's 120 year history, I take this task very seriously and personally.

I’d like to introduce myself to people so you know a bit about me and what to expect during these next four years.

I grew up in Minnesota, first in the Twin Cities and later in the state’s northwoods. That’s where I learned to love the outdoors, hunting white-tailed deer and fishing for walleye, largemouth bass, and northern pike. Later in life, I had the chance to visit Montana a few times. I thought I’d like to end up here, and my wife and I moved to this state in 1990.  We’ve never looked back.

Over the years I’ve been fortunate to work in several different jobs, including as executive director of the Montana Department of Labor & Industry’s Board of Outfitters and as a senior claims adjuster with the Montana State Fund. The two eras of my life that had the biggest influence were my 10 years with the U.S. Marine Corps and the 17 years I spent here at FWP, from 2002 to 2019, as chief of the department’s Licensing Bureau.

Being a Marine has shaped my character and moral code. Marines value honesty, honor human dignity, and have respect for others. I am confident that my colleagues here at FWP and the legislators and others I’ve worked with over the years would tell you I abide by those standards.

Another thing about Marines: We very much like to succeed, whether it’s in combat, in business, or leading a public agency like FWP. We learn the mission then do what it takes to achieve that mission. We are extremely results oriented.

Achieving success often requires learning from others. During my time at FWP, I have had the opportunity to work directly with three directors appointed by both Republican and Democratic governors. During the past four legislative sessions, I also worked as the department’s legislative liaison. At the capitol, I built relationships with legislators from both parties, hearing their concerns about the department while helping them understand issues that affect FWP’s ability to fulfill its stewardship responsibilities.

Looking ahead, I will continue the department’s focus on protecting and restoring fish and wildlife habitat. I also want to strengthen relations between landowners and hunters, such as what we’re accomplishing with the department’s Hunter-Landowner Stewardship Project.

Another priority will be to further improve this agency’s public service, from building relationships between biologists and landowners to improving the experiences that hunters, anglers, and state parks users have with our website and new automated licensing system.

I take to heart the guiding principles from Donald Phillips’s Lincoln on Leadership, which has been a major influence on my management style. Foremost is the 16th president’s belief that people are a leader’s most important asset. I will regularly travel the state to listen to and learn from game wardens, regional office workers, state parks maintenance crews, biologists, and others. As I have throughout my career, I’ll also continue to build strong interpersonal relationships—with FWP employees, stockgrowers, conservation groups, outfitters, legislators, and others whose lives are affected by the resources this agency manages.

One thing you can always expect from me is decisiveness. I firmly believe that more harm is done by not making a decision than by making a bad one. With a bad decision, you can learn from your mistake and readjust. But with indecision, you end up doing nothing, and that weakens an agency’s credibility and lowers morale.

I’ll always stress the importance of positive thinking. In my book, attitude is everything. Whether you think you can, or think you can’t, you’re right.

Finally, I want to say how humbled I am to have been asked to lead this agency. I left retirement to take this job because many people urged me and I felt it was my duty. But I also welcomed the opportunity. FWP has a long and successful history of stewardship, one I’d seen firsthand. To play a role in helping our employees maintain that important mission will be an honor.