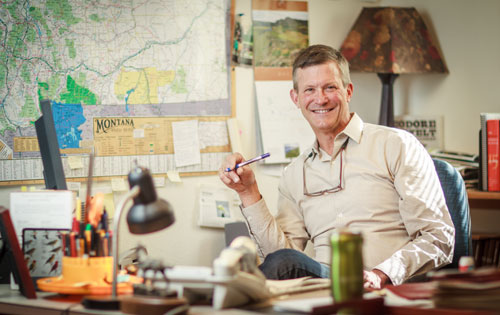 Tom Dickson has been editor of Montana Outdoors since 2002. Before then he had worked 14 years as a communications manager for the Minnesota Department of Natural Resources, where he won numerous national awards for writing, editing, and communications projects. He is also co-author of a fishing and natural history book, Fishing for Buffalo, and has written for National Wildlife, Fly Fisherman, Sporting Classics , and other publications.

An avid hunter, angler, hiker, and bird watcher, Tom says he's an "amateur all-arounder" when it comes to outdoors activities: "There's so much to do outside that I've never been able to focus on one thing and get good at it. "He lives in Helena with his wife and springer spaniel. 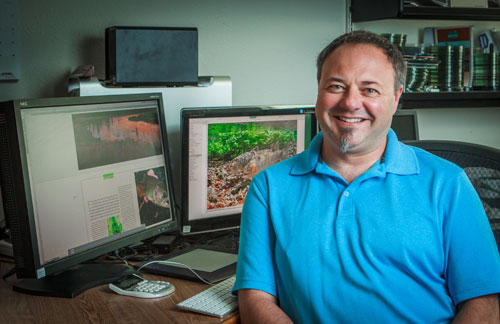 Luke Duran has been art director of Montana Outdoors since 2002. Previously he was creative director at a multi-national communications company in Vancouver, Washington, a designer at the Livingston Enterprise newspaper in Livingston, Montana, and a graphic artist for Gibson Guitars. "I love being able to channel my creative energy toward Montana fish and wildlife conservation issues," says Luke, "but the real fun is challenging myself to visually improve the magazine with each issue." 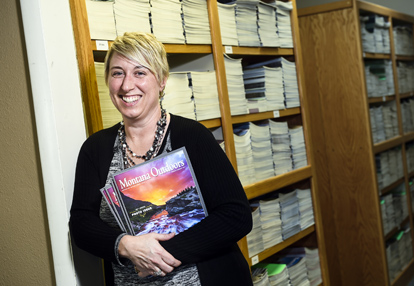 Angie Howell is the circulation manager for Montana Outdoors. She oversees customer service and is responsible for subscription fulfillment.
Angie lives in East Helena with her husband of 28 years, DJ, and their four kids. When not at work, you will find her hiking on one of the 70 miles of Prickly Pear Land Trust trails in the Helena area or attending her kids' activities. Bitten by the travel bug, Angie is always planning the family's next adventure.