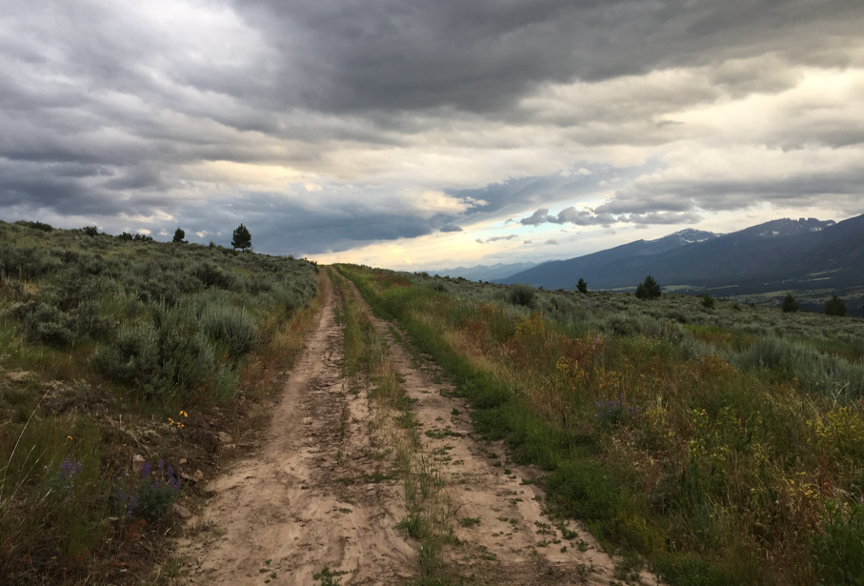 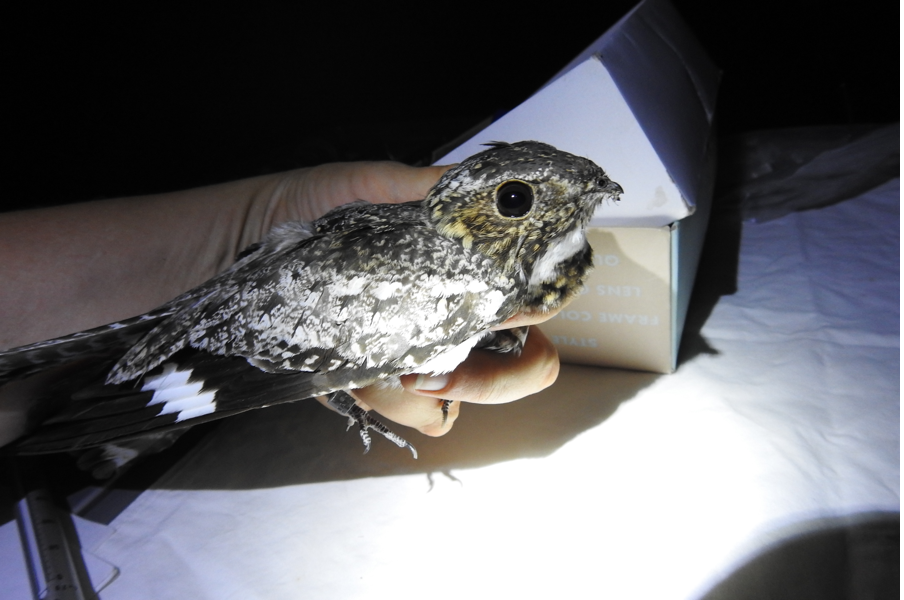 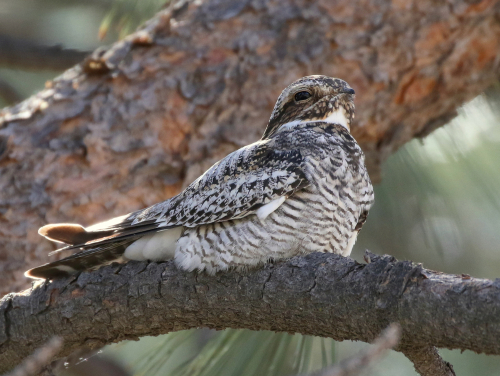 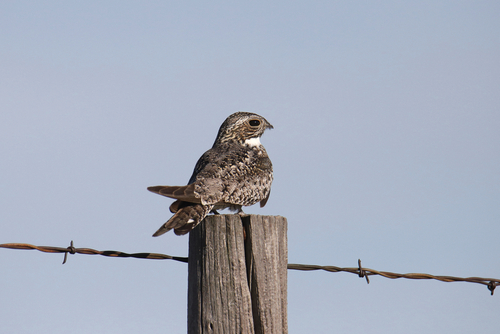 Thank you to MPG ranch for sharing this story on the journey of the common nighthawk.

Common nighthawks are one of our favorite study species at MPG Ranch. This nocturnal insectivore is common across North America and nests in a variety of habitats. It typically nests in open areas with minimum vegetative cover, such as on gravel beds or rock scree, in rural and urban areas. Like many insectivores, however, the common nighthawk has declined across its range. We know very little about the ecology of Montana nighthawks and less about their migratory behavior and winter habitat. Our prior attempts to use typical radio transmitters to track nighthawks proved difficult because birds sometimes traveled and roosted miles from their breeding territories. Tracking them using nanotags and stationary Motus receiving stations has worked great — both on and off MPG Ranch. We are excited to share some of our Motus tracking results with you, which renew our appreciation for nighthawks that breed in western Montana. We embarked on a pilot season in 2019 and tagged three male nighthawks. We did not detect them at any Motus stations during migration or winter. Still, we detected them all back at MPG Ranch the following spring. We used what we learned in 2019 to increase our captures in 2020, and we tagged 16 additional adults. This tagging success allowed us to make exciting discoveries early in the fall. Motus stations installed by other research projects in the southeast U.S. detected four of these nighthawks.

We anticipated that MPG Ranch’s common nighthawks would fly through continental Mexico and Central America instead of the Caribbean Sea, a known flyway of eastern populations. Instead, detections at stations in Missouri and Florida suggest a much more easterly route. Based on these detection dates and locations, we assume that many MPG Ranch nighthawks cross Florida’s Straits in their fall migration. They continue across “who-knows-where” over the Caribbean Sea during the hurricane season. Prior research from Canada and the eastern U.S. indicates common nighthawks winter across South America, probably in Brazil or Argentina. 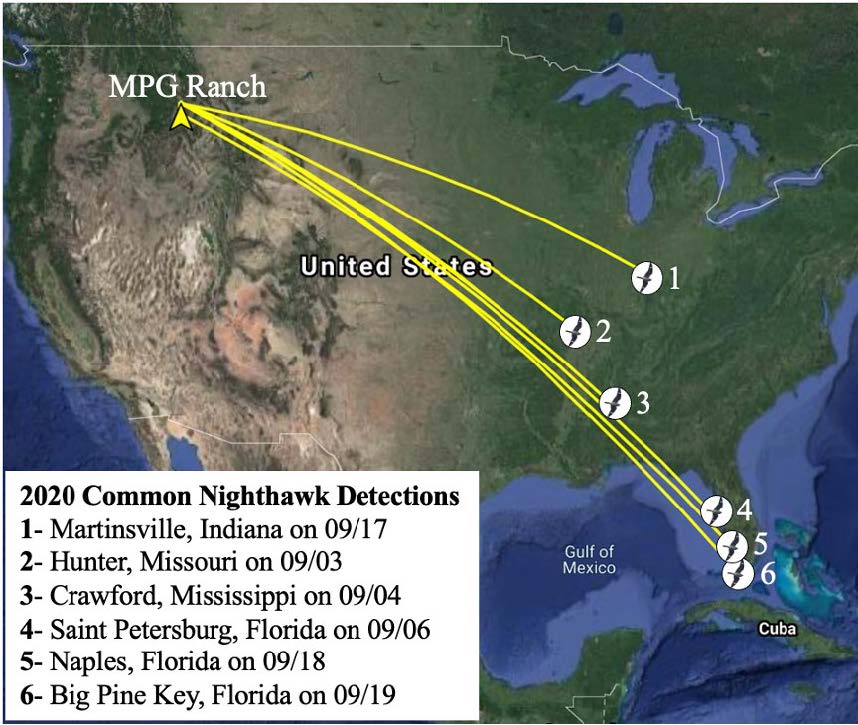 Thank you to MPG ranch for sharing this story on the journey of the common nighthawk. Visit their website for more information and to learn more about the ranch. 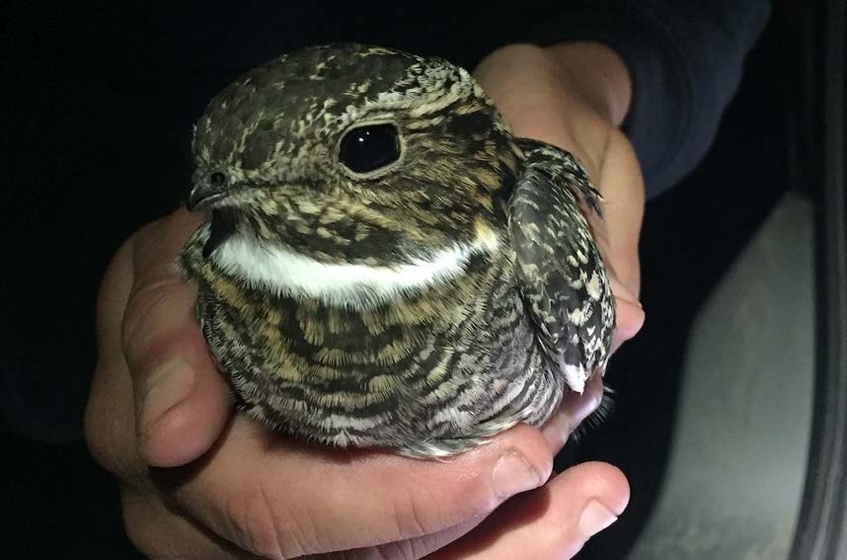