Hunters and trappers must call in their wolf harvest within 24 hours. If the  hide and skull are retained, they must be brought in for inspection and pelt tagging at an FWP office within 10 days.

Season dates for trapping wolves will be the first Monday after Thanksgiving to March 15 for the entire state. For those districts in and near occupied grizzly bear habitat as depicted on the map on page 14 of the regulations, the department will apply a floating open season date that could start the Monday after Thanksgiving (November 28, 2022), or any day thereafter as determined by the department based upon a real time reading of conditions. If the department does not select a date prior to December 31, then the season will open on December 31 and close on March 15.

In and near occupied grizzly bear habitat is defined as the following (map on page 14):

Trapping season status in or near occcupied grizzly habitat:

*Note: First-time wolf trappers must complete a wolf trapping education and certification course in Montana or Idaho before setting a trap. Learn more.

Trapping is authorized upon completion of a mandatory one-time wolf-trapping certification course.

When purchasing fishing, hunting, and recreation licenses, you have the option to donate to wolf mitigation. Donations will be used by the Montana Department of Livestock to contract for wolf management with the US Department of Agriculture's Wildlife Services for flight time, collaring  and lethal control of wolves. Note, wolf mitigation is not a license, it is a donation.

Hunters and trappers must call in their wolf harvest within 24 hours. If the hide and skull are retained, they must be brought in for inspection and pelt tagging at an FWP office within 10 days.

The following harvests by any Trapping District and/or WMU 313 alone shall initiate a commission review:

*Wolves harvested in WMU 313 do not count toward the TD 3 quota.

In 2013, the state Legislature passed a law that allows landowners or their agents to take up to 100 wolves a year that potentially threaten livestock, domestic dogs or human safety (MCA 87-1-901).

The quota will be examined in four 25-wolf increments. The Montana Fish & Wildlife Commission must approve the next increment toward the 100-wolf quota.

Gray wolves are classified as a Species in Need of Management in Montana. The state maintains sustainable hunting and trapping opportunities for wolves that follow the commitments outlined in the state's conservation and management plan.

Weighing in on Wolves

Montana works to strike a fair and biologically sound balance between having enough of the large carnivores and having too many. 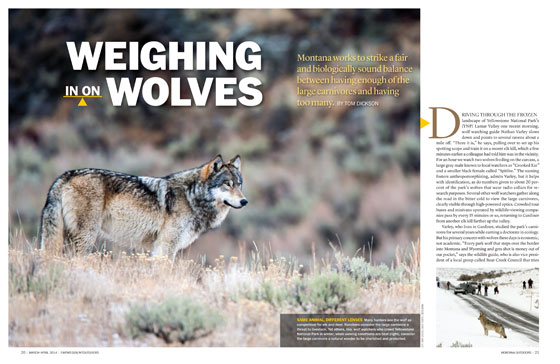 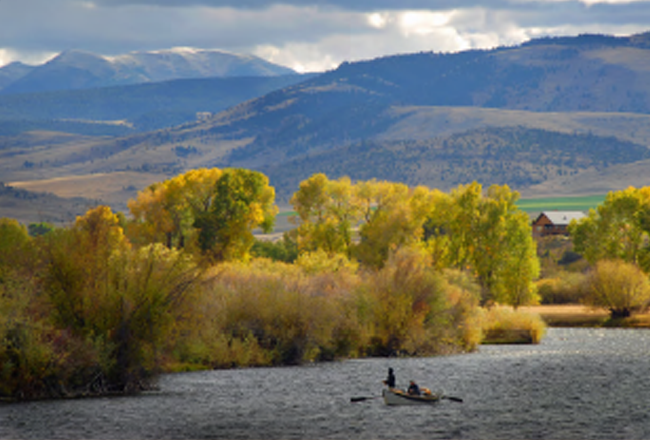