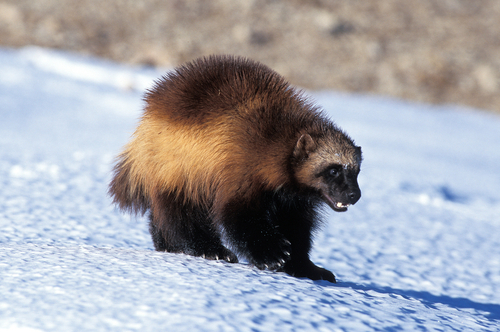 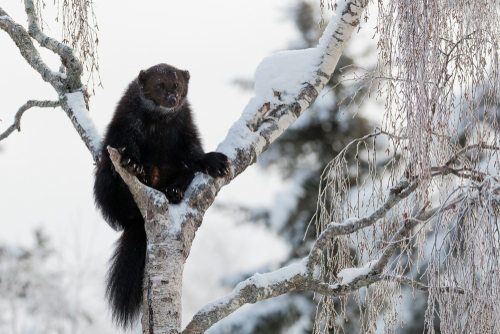 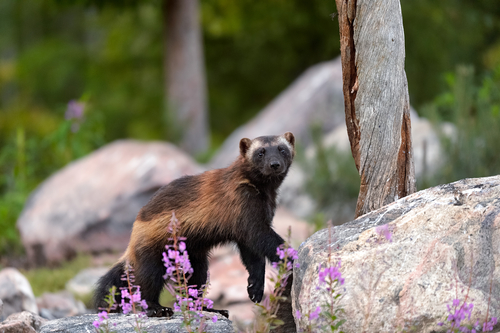 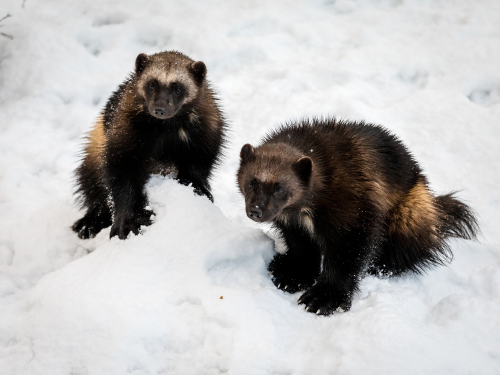 During the winters of 2016 and 2017, researchers from four western states set out to define the limits to the current distribution of wolverines, identify potential gaps in distribution, and provide a baseline dataset for future monitoring and analysis of factors contributing to changes in distribution. They used remotely triggered camera stations and hair snares to detect wolverines across randomly selected 15-km × 15-km cells in Idaho, Montana, Washington, and Wyoming during winters 2016 and 2017. 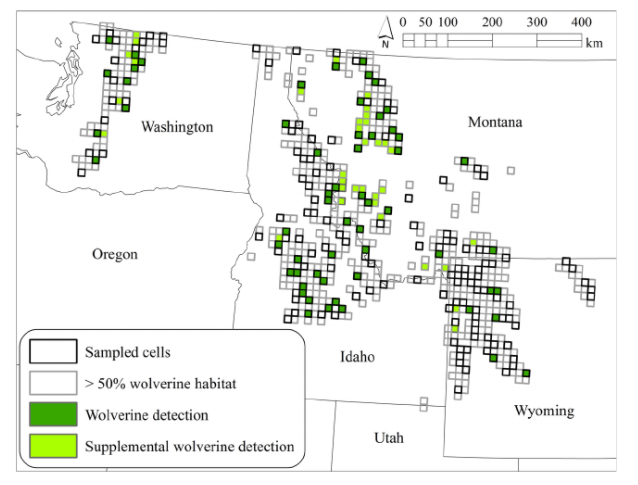 This map  shows wolverine detections across a four-state area during the winters of 2016-2017 as part of a cooperative camera trap and DNA project. Across all four states, researchers obtained results from 183 of the 185 official survey camera and DNA stations. One camera in Idaho was stolen, and one camera in Montana burned in a wildfire. Wolverines were detected in 59 of the 183 cells (34%). Wolverines were detected at 50 stations with both cameras and DNA, 11 stations with camera only, and in 1 cell with DNA only (we collected genetic material from a track in route to checking the camera station). 22,641 of 439,834 photos contained a wolverine and, at many stations, the bulk of the photos were from the same wolverine repeatedly passing in front of the camera over a short time. Wolverines were detected via camera or DNA at another 31 supplemental stations for 93 total cells with positive detections. 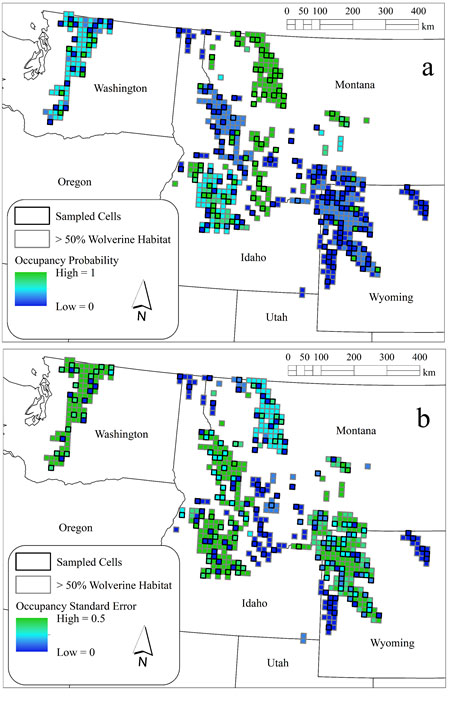 Researchers combined detections from 2016-2017 with habitat information to model where wolverines could find suitable habitat across the landscape. These types of studies inform conservation and management decisions for furbearers.

In 2008, researchers with the Wildlife Conservation Society captured a young male wolverine (M56) just south of Grand Teton National Park that made national headlines based on its extraordinary long-distance movements. Over the course of several months, the wolverine traveled 585 miles ending at a location in Colorado that was 336 miles, straight-line distance, from the capture location. During its movements, this animal crossed one interstate, three U.S. highways and five state highways. Movement data showed the avoidance of subdivisions. This was the first documented wolverine in Colorado since 1919. Monitoring such as this points to the importance of managing animals as part of connected populations and with an interest in allowing long-distance movements through habitat conservation and a focus on habitat connectivity. 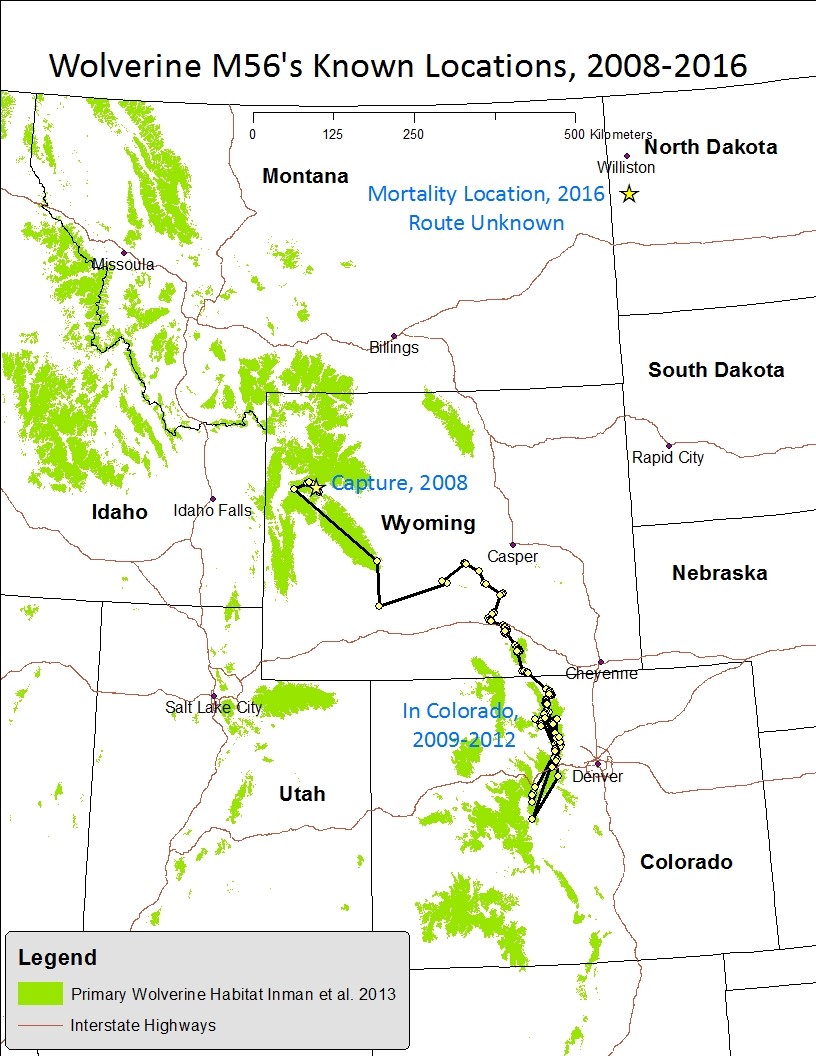 One of Montana's rarest animals is getting a fresh look.

Some describe a wolverine as an animal with a thousand pounds of attitude in a 30-pound body.