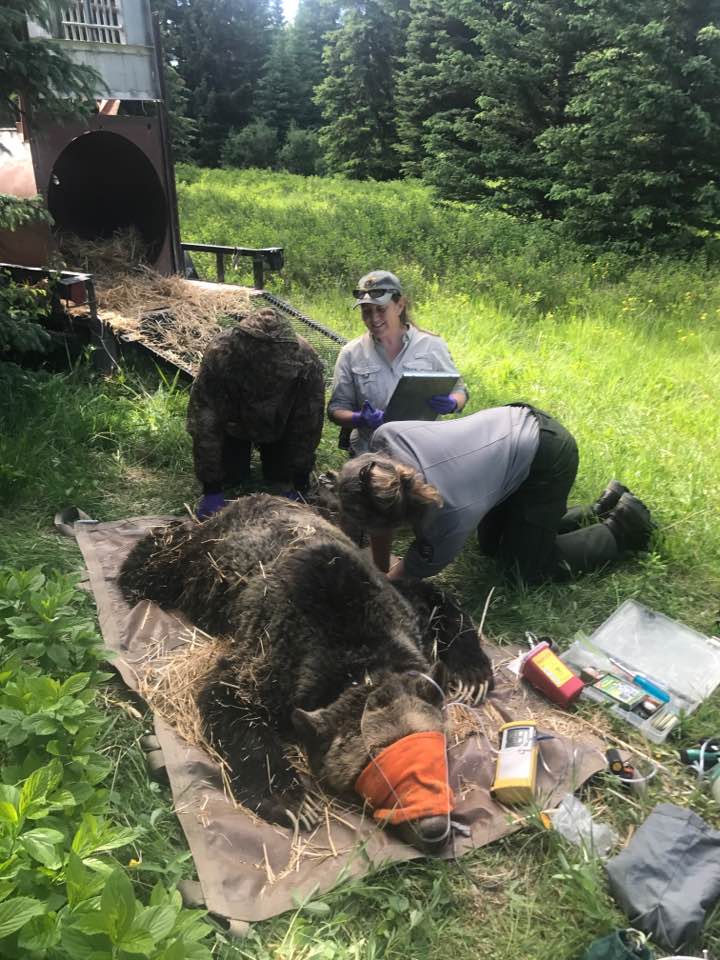 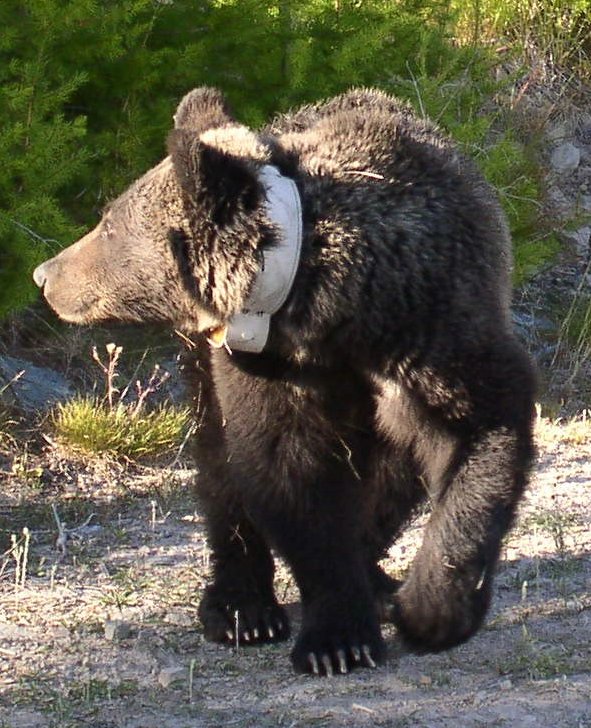 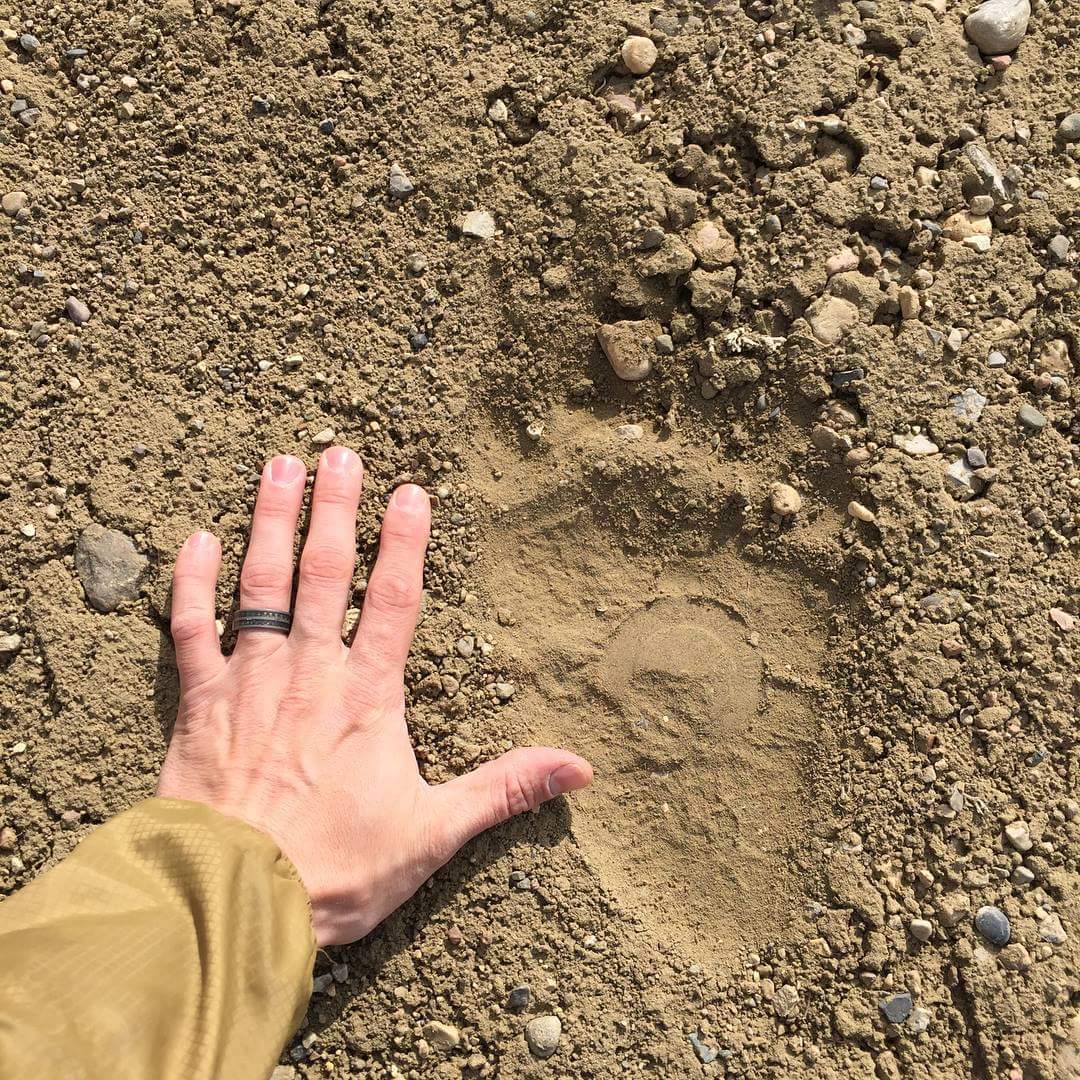 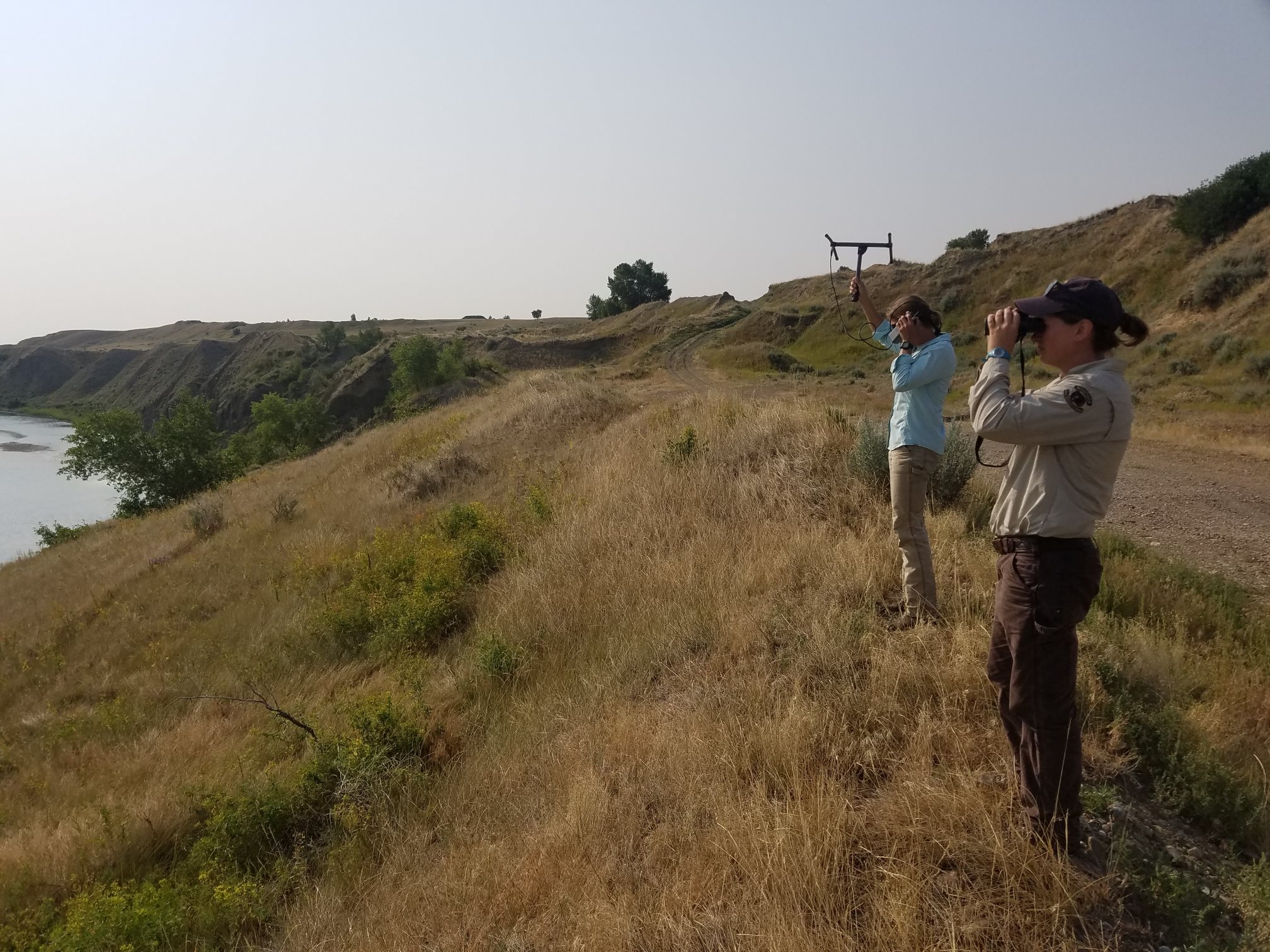 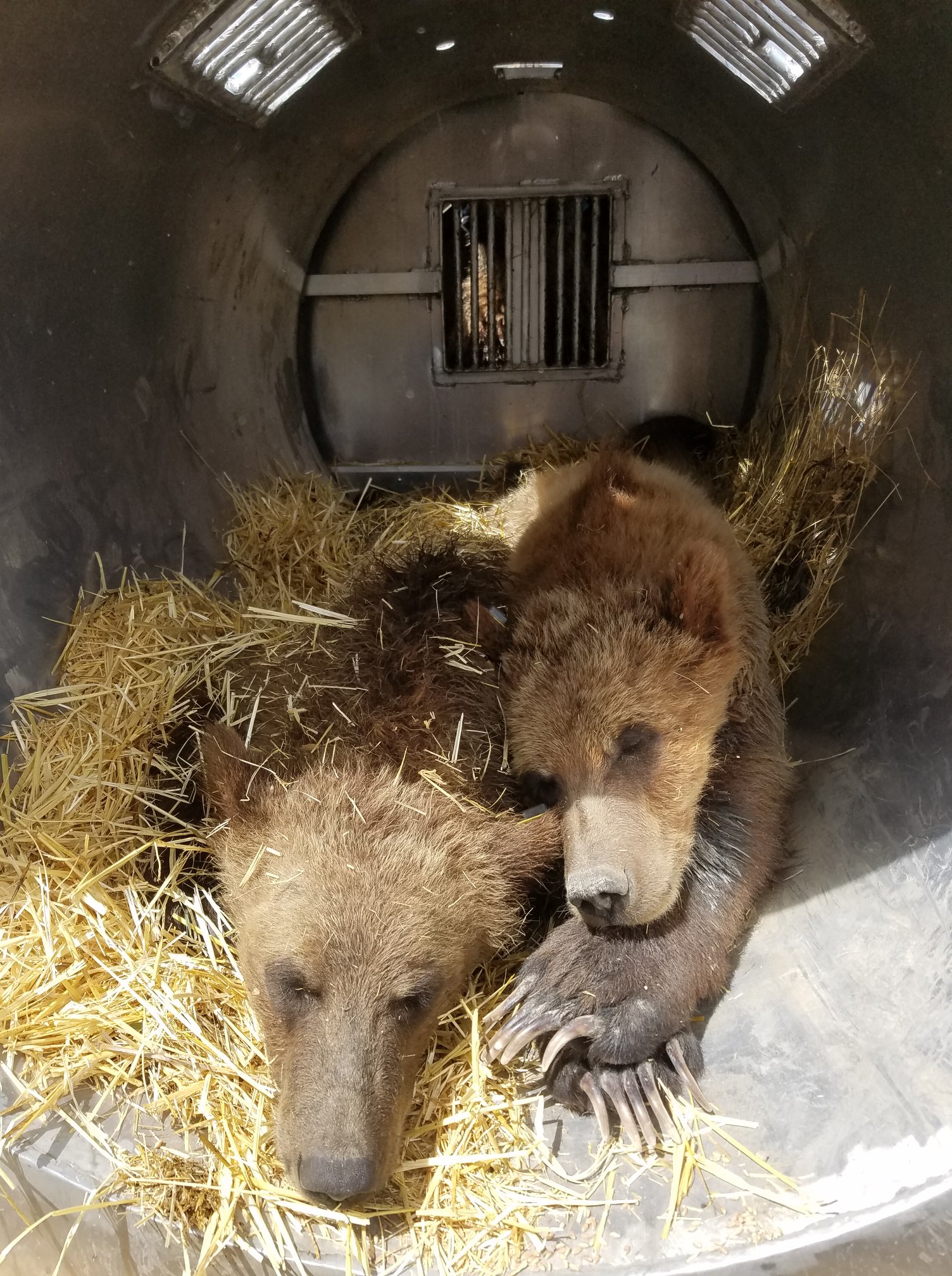 Grizzly bears have expanded in abundance and distribution in Montana in recent years. This enhances the long-term prospects for population sustainability by increasing the likelihood of connectivity between recovery zones. However, because grizzly bears can damage property and injure people, their closer proximity to human habitation poses new challenges for Montanans.

This map shows the estimated distribution of grizzly bears within Montana as of 2021, including approximate locations of verified observations that were considered to be outside “occupied” areas at that time. These triangles represent bears moving through or exploring new habitats. 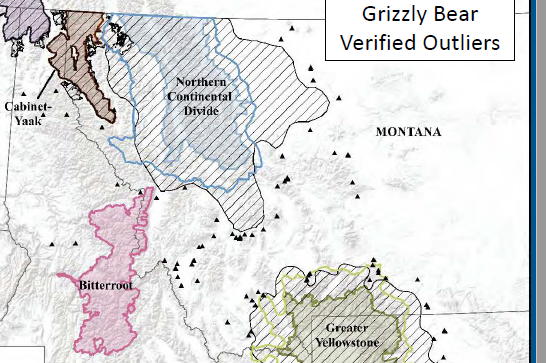 Above: Estimated distribution of grizzly bears in Montana as of spring 2021 (diagonal hatching), showing the Montana portion of four Grizzly Bear Ecosystems (colored shading), and boundaries of the Northern Continental Divide Ecosystem (blue line) and Greater Yellowstone Ecosystem (green line) demographic monitoring areas. The hatched area should not be interpreted to suggest that grizzly bears are equally common in all areas. Also shown are estimated locations of verified “outlier” observations beyond current distributions (black triangles).

While grizzly bear populations have increased in numbers and range extent over the past several decades, the Greater Yellowstone Ecosystem population is generally isolated from other ecosystems. This isolation hinders the genetic diversity and overall health of the population. A study published in 2017 (Peck et al.) identified potential pathways for male grizzly bears from the Continental Divide Ecosystem population to disperse into the Greater Yellowstone Ecosystem. Using information from 124 GPS collared male grizzly bears monitored in the Northern Continental Divide Ecosystem from 2000 to 2015, the researchers modeled how male bears use the landscape relative to physical habitat characteristics and human presence. Results of the modeling indicate that bears have a variety of routes to move between ecosystems and observations of bears between the ecosystems generally support the model results.

GPS tracking technologies enable this type of population study and ultimately provide information for wildlife managers to make informed decisions about habitat conservation and efforts to minimize conflict with dispersing animals. Grizzly bears exist in low densities outside of their established range, but there is a chance of encountering a grizzly bear anywhere in western Montana. 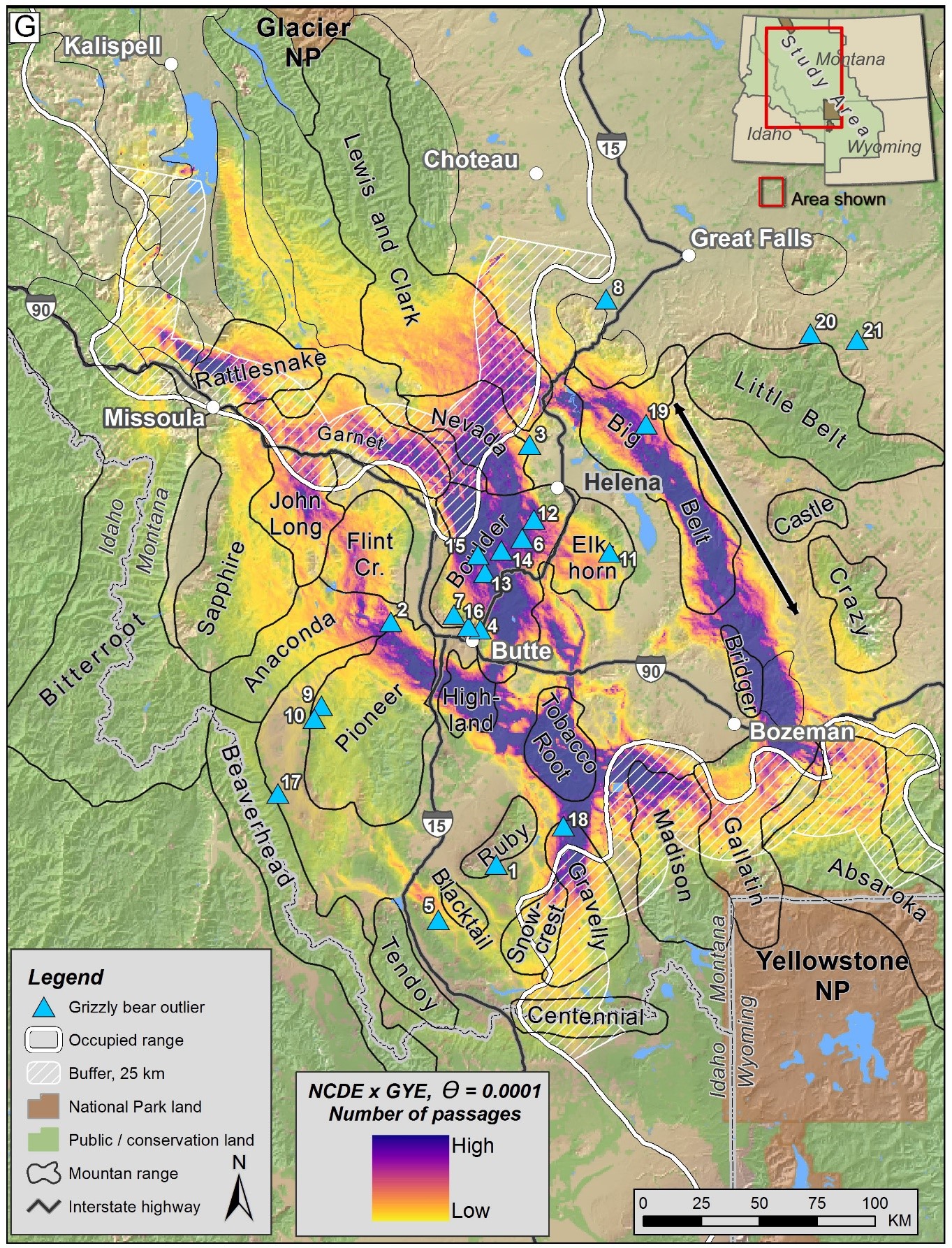 Predicted (modeled) male grizzly bear dispersal routes (Peck et al., 2017) with purple areas representing the most likely/shortest routes for a male grizzly bear to successfully travel from one ecosystem to the other.

Note: These are not confirmed dispersal pathways rather areas most likely to provide the suitable habitat for a bear to move through. Other pathways are available and bears behave independent of one another. Blue triangles represent confirmed grizzly bear observations outside of the Northern Continental Divide and Greater Yellowstone Ecosystems.