The advancement of GPS technology and the implementation of GPS in wildlife research has greatly advanced wildlife management and conservation. In general, GPS location data informs local management and conservation through the development of population-specific spatial products, for example local maps of important habitat areas. However, it is not feasible for FWP to closely monitor every population for all species with detailed studies. As a result, there are data gaps across the state where some areas are under-represented and do not have tracking devices deployed. Additionally, where studies are underway, only a subset of animals within a population are tracked. While the subsample of individuals being followed is generally thought to represent the population as a whole, a small sample size of animals or other factors can result in a sample that may not accurately represent the larger population. Because of the data gaps that result from incomplete sampling of all populations across the state or all individuals within a population, the use of tracking devices does not provide a comprehensive understanding of wildlife movement or habitat use. For example, at a statewide scale, GPS data of elk movements alone cannot be used to provide a comprehensive list of high-priority areas for wildlife highway overpasses or underpasses because not all herds that cross highways are instrumented with GPS collars. However, where GPS data have been collected along a highway, the data could be used in combination with other data such as roadkill counts and the professional expertise of local biologists to determine the appropriate location for a wildlife accommodation.

Tracking techniques that collect data on animals at just their winter and summer grounds can result in information gaps on what animals do between these points. Information gaps such as these can inaccurately drive management or conservation decisions to focus on just summer and winter ranges when animals that migrate often use stopover points. These stopovers can be critically important to migratory success as they provide food and rest. Migratory birds that make intercontinental movements often use stopover sites such as wetlands to feed and rest like the snow geese that use Freezeout Lake Wildlife Management Area as a spring migration stopover. New tracking techniques such as those that provide daily or hourly locations have allowed biologists to learn more about these stopovers and how important they truly are for successful migration. Increasingly small transmitters are providing information on migration routes and stopover points for relatively small animals like songbirds.

Investigating Migration of Tanagers and Thrushes

In 2012, biologists from the Rocky Mountain Bird Observatory set out to learn more about the seasonal migrations of western tanagers (WETA). The data collected from tiny geolocators showed approximate migration routes and stopover sites, vital to conservation efforts. 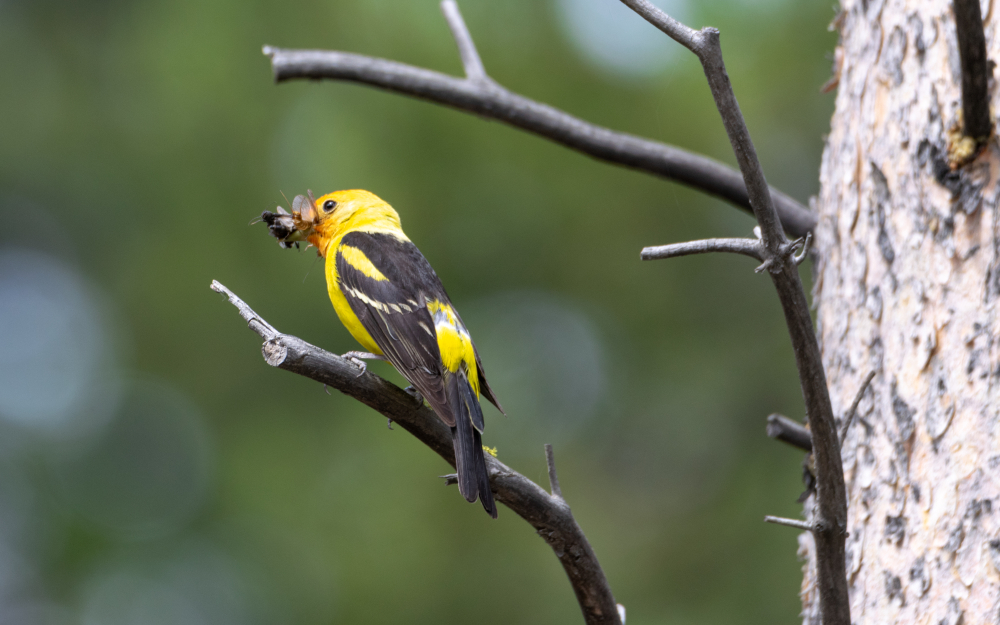 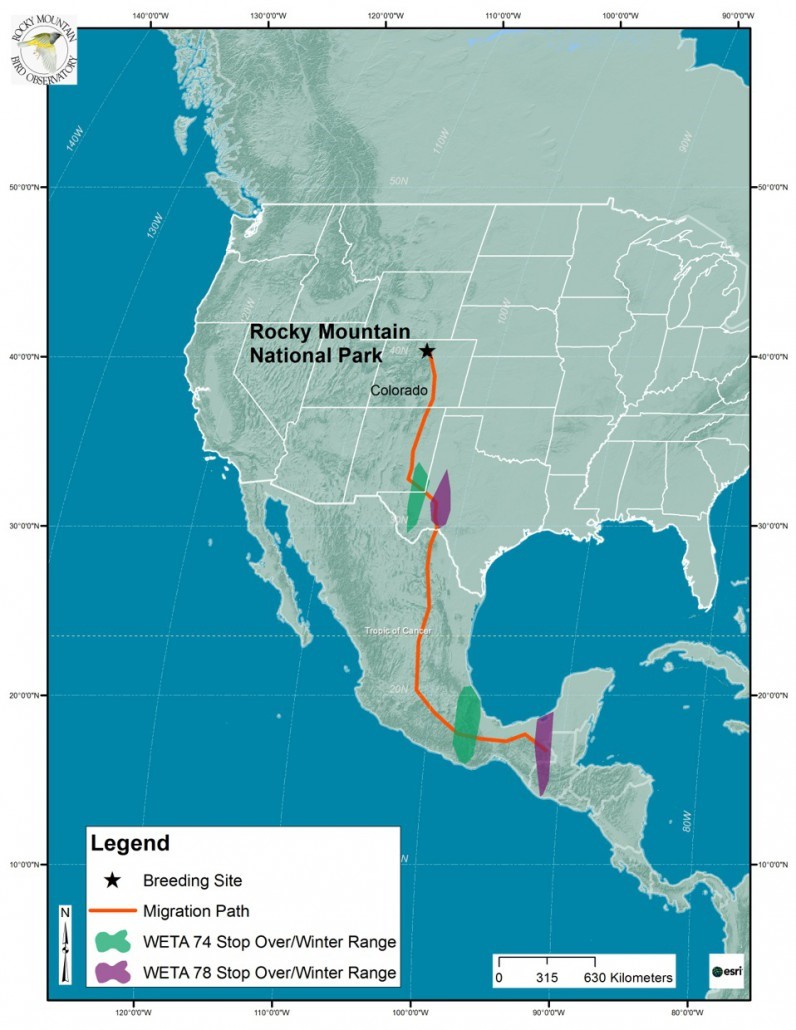 The limitations of tracking data

Learn more >
How tracking data are used by FWP

Instrumenting animals with tracking technology is an important aspect of FWP’s science-based approach to informing management.

Learn more >
How tracking data can be misused

Limitations of population sampling and concerns of private landowners.