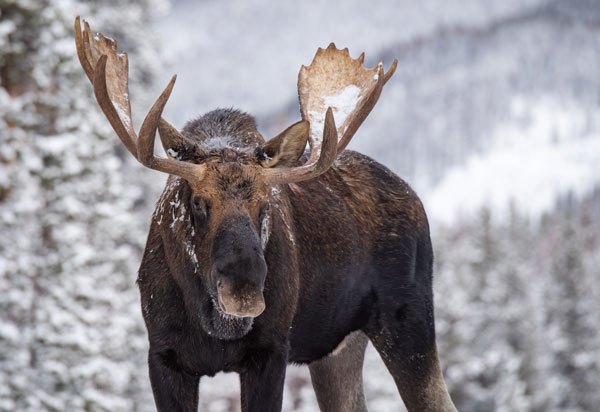 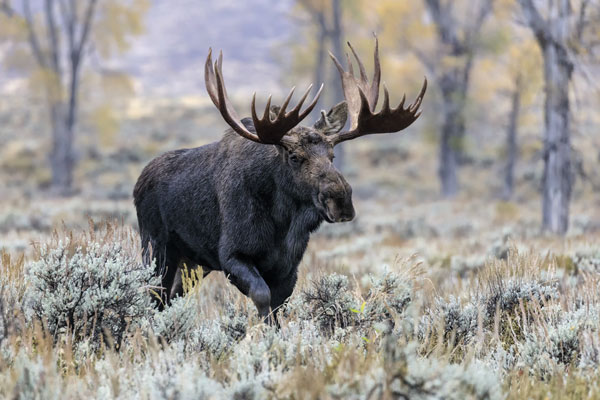 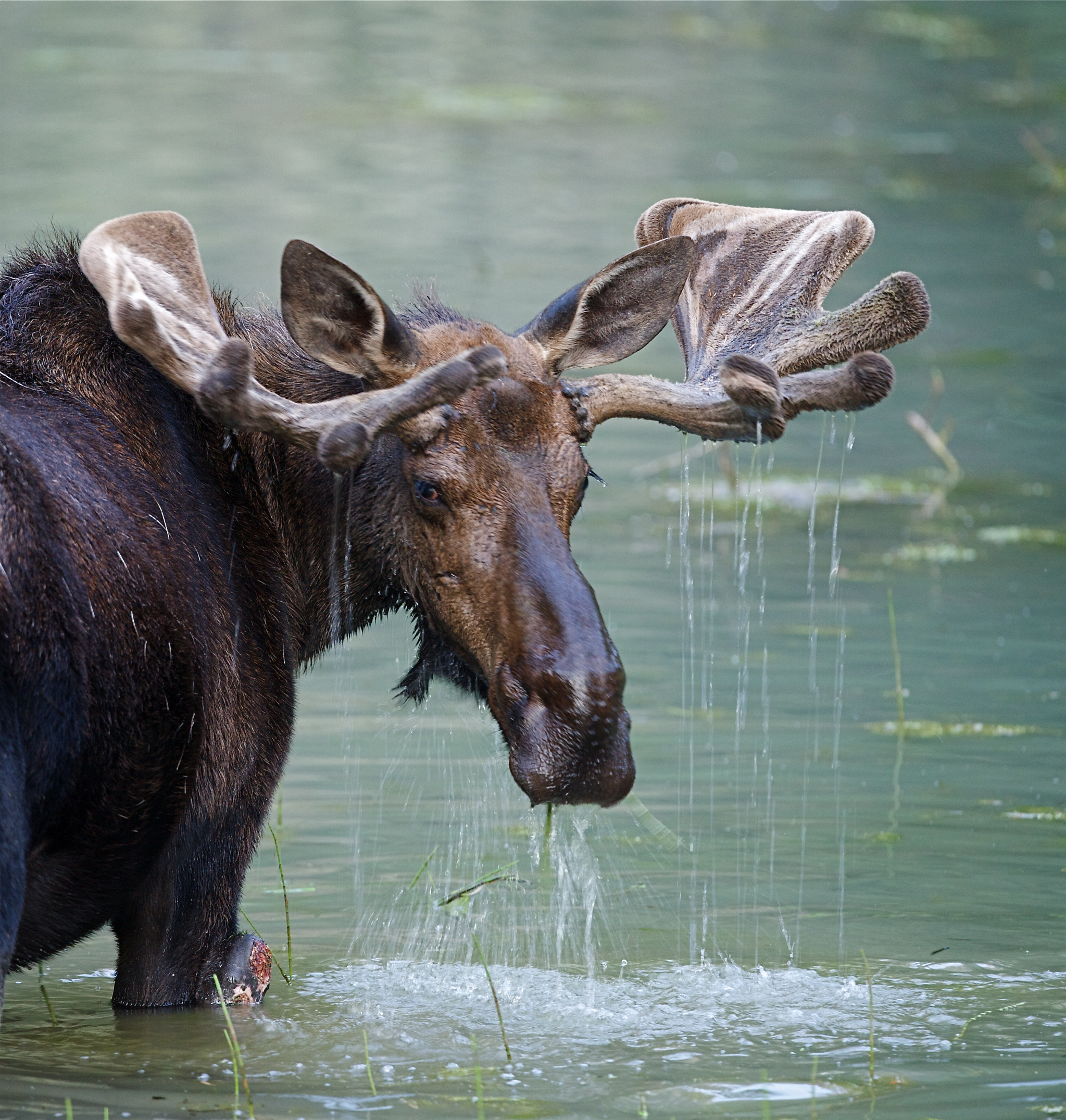 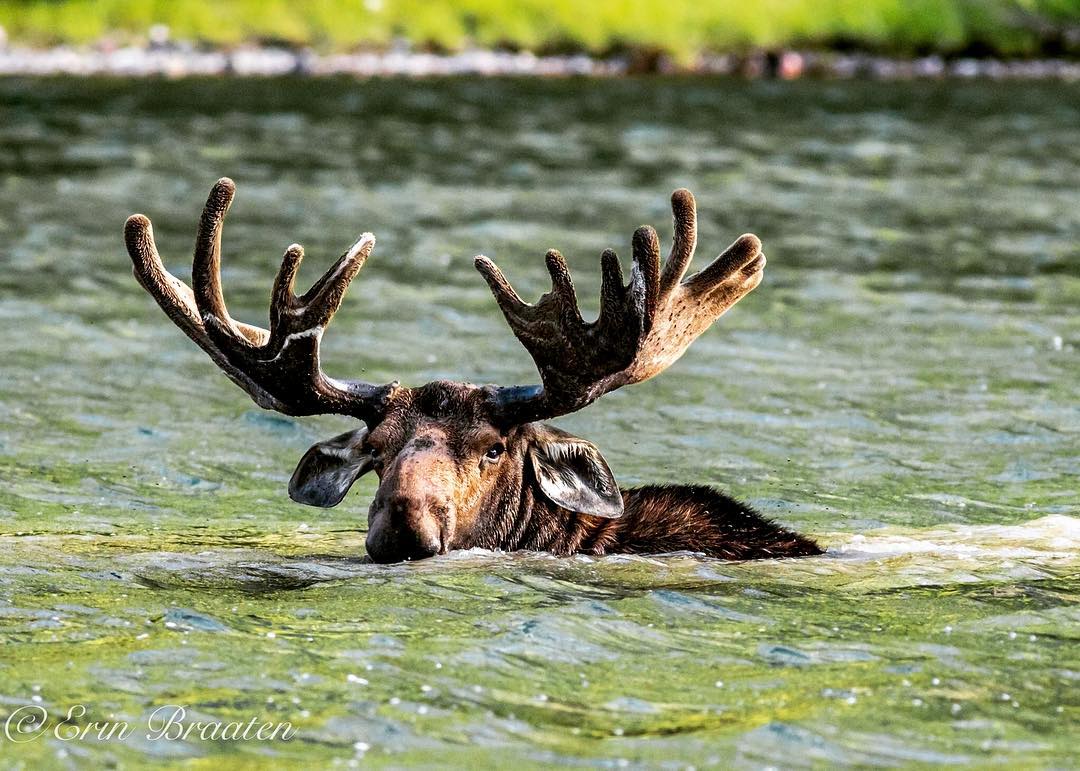 Moose are considered to have been rare throughout the U.S. Rocky Mountains until the mid 1800s, yet their earlier presence in several regions of Montana were documented by the Lewis and Clark expedition in 1805–1806 and others.

Moose occupy forested landscapes throughout western Montana ranging from regenerating areas within dense mesic forest, such as the Cabinet Mountains in the northwest, to areas with extensive willow fen habitat, as found within the Centennial and Big Hole valleys in the southwest. Moose in the prairie landscapes of the east inhabit wetlands, particularly along the Missouri river, other riparian corridors, and areas supporting healthy willow communities.

Moose are managed as a game animal in Montana.

Concern has arisen in recent years over widespread declines of North American moose (Alces alces) populations along the southern extent of their range. Populations in Montana appear to have declined since the 1990s, as evidenced by aerial survey trends and hunter harvest statistics. While declining populations have clear implications for hunting opportunity, moose hunting in Montana and elsewhere also suffers from a lack of rigorous data from which to monitor population trends and prescribe management directions.

In 2013, Montana Fish, Wildlife, & Parks began a 10-year study designed to improve our understanding of: 1) the most cost-effective means to monitor statewide moose populations and maximize hunter opportunity, and 2) the current status and trends of moose populations and the relative importance of factors influencing moose vital rates and limiting population growth (including predators, parasites, habitat, and weather). We are using a mechanistic approach to hierarchically assess which factors are drivers of moose vital rates (e.g., adult survival, pregnancy, calf survival), and ultimately which factors are most important to annual growth of moose populations.

Financial support for this project has been provided by revenues from the annual auction of one male moose license and matching Federal Aid in Wildlife Restoration grants to FWP. Additional funding support has come from the Safari Club International Foundation, and other support from Plum Creek Timber Company and Two Bear Aviation.

The moose rut usually peaks at the end of September.