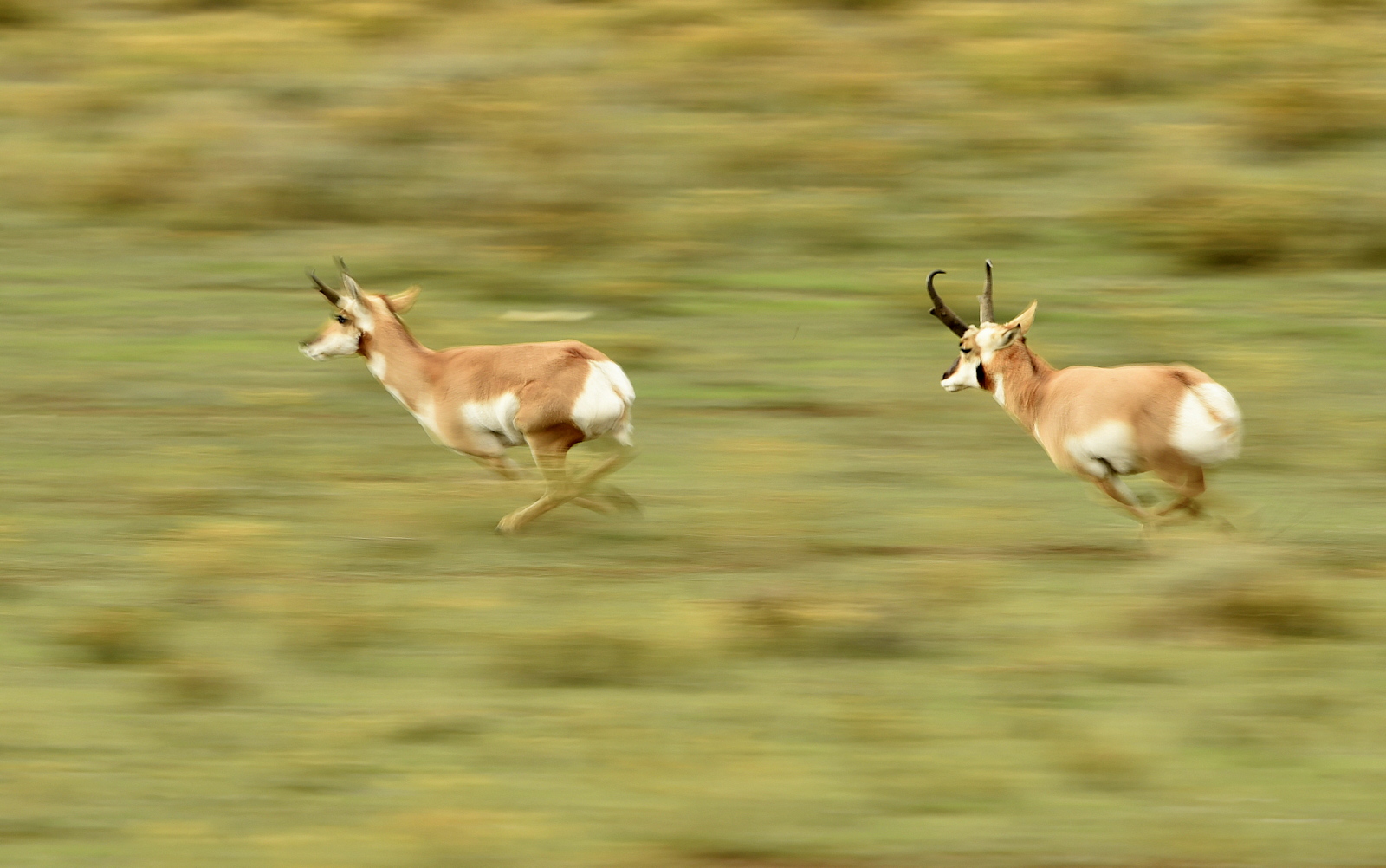 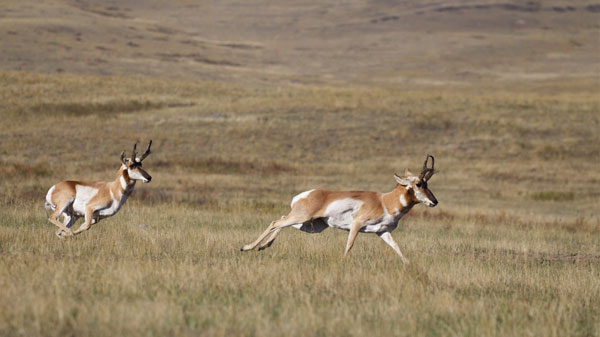 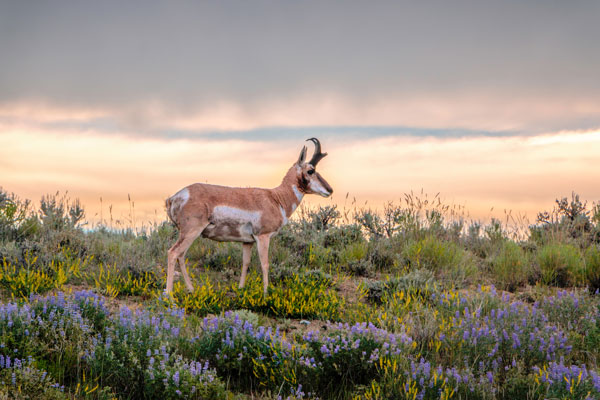 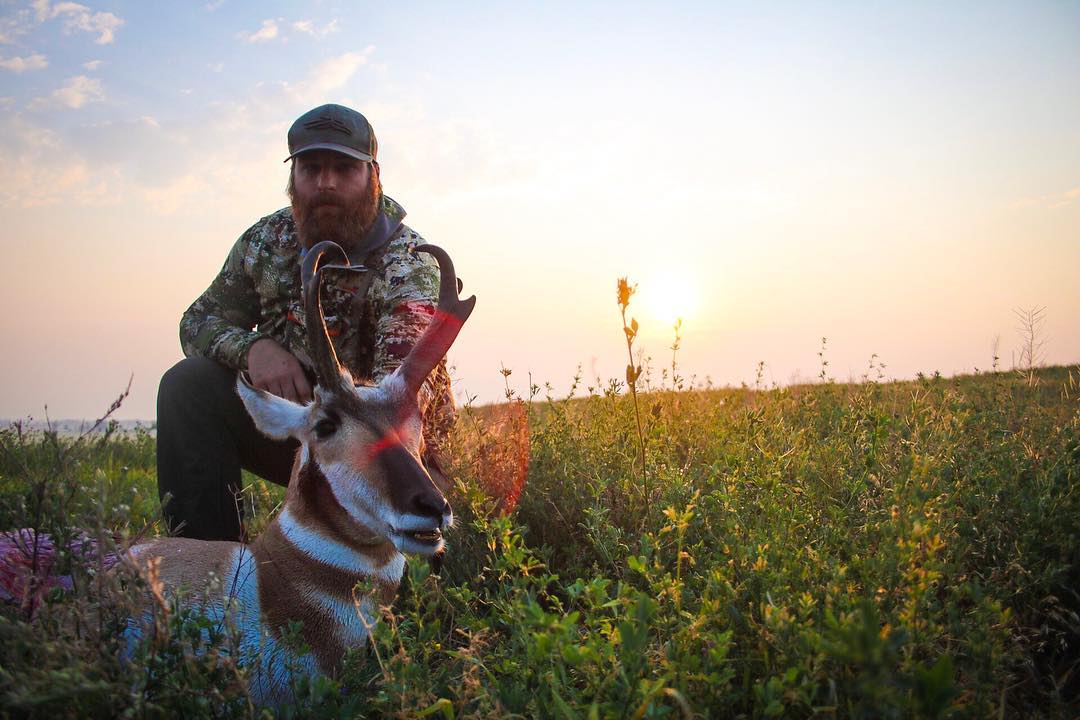 Though commonly called antelope, pronghorn are not related to gazelles, eland, or other true antelope species, which are native only to Africa and Asia. Pronghorn are an endemic North American ungulate, a holdover from when mastodons, ground sloths, and other ice age mammals roamed the continent. In all the world, no other species is like the pronghorn. Its closest genetic relative is, of all things, the giraffe.

Pronghorn have lived in North America for millions of years, surviving glacial eras, volcanic ash winters, and predation by the now-extinct American cheetah. But it took humans only 50 years around the turn of the 20th century to nearly wipe out the animals. After explorers and trappers opened the West, the teeming herds of wildlife observed just a few decades earlier by Lewis and Clark were quickly overrun. Ambitious pioneers punched railroads and telegraph lines across the prairie, plowing arable land and replacing hoofed wildlife with cattle. Pronghorn were shot by hungry farmers and unregulated market hunters. By the early 1900s, the total pronghorn population in North America was reduced to fewer than 15,000.

Conservation-minded hunters and landowners eventually repopulated the plains with the fleet-footed animals. Working with state biologists, they trapped pronghorn in population strongholds and relocated the animals in historic habitat. Within decades, pronghorn had recolonized the American West, although in nowhere near pre-settlement numbers and only in marginalized fragments of their historic range.

Today, pronghorn number over 1 million across North America. In some parts of the West they are common enough to take for granted.

Pronghorn (antelope) are managed as a game animal in Montana.

Uncertainties about pronghorn seasonal ranges, movements corridors and barriers, and population dynamics exist across many regions of Montana and therefore, more information is needed to direct and prioritize conservation efforts and management decisions for pronghorn. In 2020, Montana Fish, Wildlife & Parks (FWP) and the University of Montana initiated the Pronghorn Movement and Population Ecology project as part of the 2018 Secretarial Order 3362, which aimed to foster collaboration between federal government, states, non-profit organizations, and private landowners to identify, improve, and conserve winter range and migration corridors for mule deer, elk, and pronghorn.

This 4-year study (2020-2024) is a compilation of 8 pronghorn populations across the state and integrates a study in the Madison Valley that began in 2019. The objectives of the project are to identify seasonal ranges, movement corridors, and potential movement barriers and identify factors affecting pronghorn populations and habitat selection. For each population, a sample of up to 60 GPS-collared female pronghorn are being maintained for 3-years. GPS locations are recorded hourly so that finer scale movements can be discerned. This data will be and is currently being used to inform projects such as fence removal and modifications, habitat improvements, and conservation easements to benefit pronghorn while also being compatible with other land uses.

The specific objectives of this project are:

February 2021 — Some surprising findings from one of the largest pronghorn research projects in Montana.

January 2021 — FWP captured and collared several pronghorn near the Big Hole Valley as part of a statewide migration study. Here's a look at one doe's 80-mile migration.

February 2020 — One of the largest pronghorn studies in Montana, begins this winter.

Funding was provided by revenues from the sale of Montana hunting and fishing licenses and matching Federal Aid in Wildlife Restoration grants to Montana Fish, Wildlife & Parks.  Funding was also provided by the Bureau of Land Management and Greater Yellowstone Coordinating Committee.

Watch this 'Wild Minute' from the FWP archives

Antelope can run exceptionally fast, being built for maximum predator evasion through running, and is generally accepted to be the fastest land mammal in the Western Hemisphere.