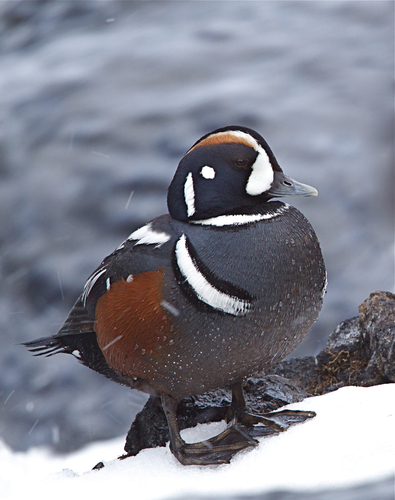 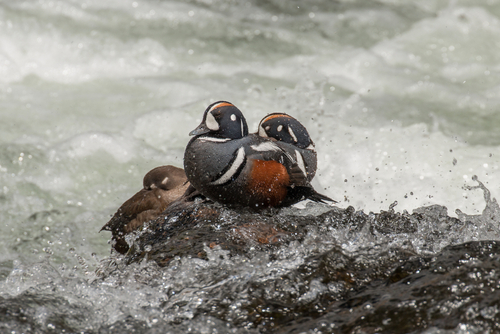 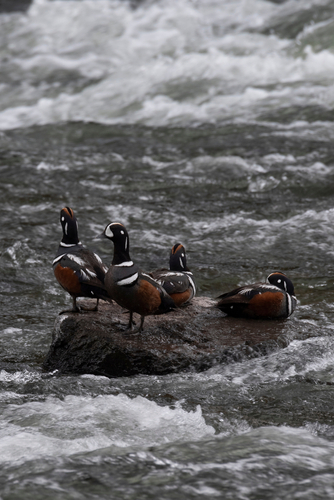 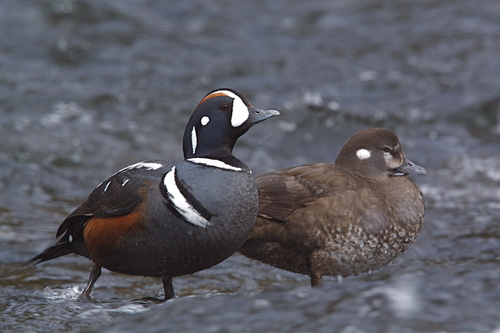 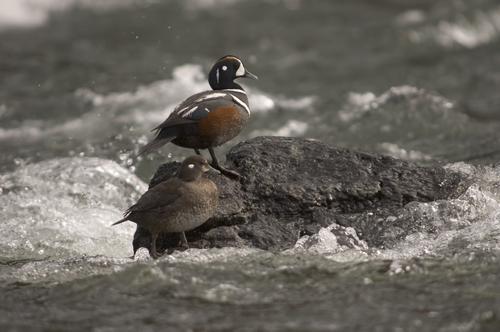 Harlequin ducks are a small sea duck that migrate inland to breed on fast-moving mountain streams and winter on the coast. Pair bonding takes place on the coast then females return to their breeding area with their mate. Harlequin ducks nest along streams, often within one meter of the bank; this makes nests vulnerable to spring flooding events, which are predicted to be more frequent with climate change. Montana and the northwest corner of Wyoming support the southern and eastern most extent of breeding habitat. Statewide surveys conducted in 2014-2015 found ducks on just 22 of 45 suitable streams surveyed. Harlequin ducks are a Species of Concern in Montana due to their intrinsically small population size, very restricted breeding habitat, a boom or bust reproductive strategy, and declining populations throughout their range.

Beginning in 2018, FWP biologists worked with partners to radio mark harlequin ducks in hopes of tracking their migrations and in particular to identify where birds from specific breeding populations spend the winter, track local movement, and identify timing of movement between inland breeding streams, coastal molting areas, and wintering grounds.

Male harlequin ducks were found to leave the breeding streams of northwest Montana between early June and July, meaning they resided on breeding grounds for just one to two months. Some males left norhwest Montana and arrived on the Pacific coast in one day, flying over 600 miles in under 24 hours. Males were tracked with PTT transmitters (Platform Transmitter Terminal), which connect to satellites and report the transmitter location to a biologist via a computer system. These devices were surgically implanted to the back of the duck by a trained veterinarian.

Females were tracked with geolocators, a type of transmitter that stores location information within the physical transmitter. These devices were glued to a leg band placed on the bird. Females must be recaptured to download information contained in the transmitter. This can be time consuming as females are not always found exactly where they were first captured. This can also be rewarding. Biologists have found that females follow much the same patterns of migration as the males albeit staying in Montana until their young are flighted and independent. 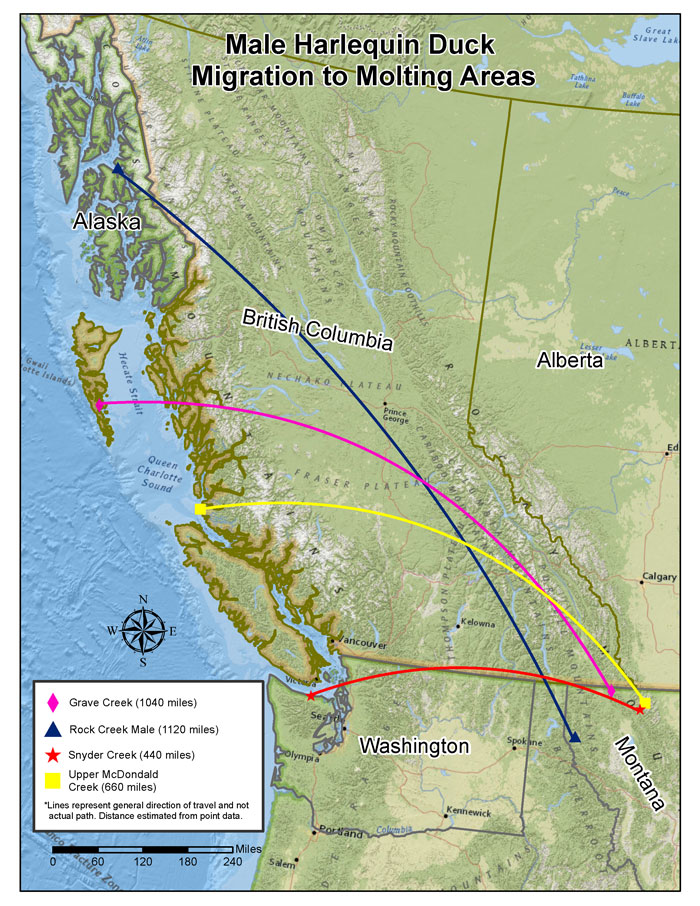 Harlequin ducks have one the most unique and intriguing life histories of all waterfowl – or most other birds for that matter. While their striking plumage and intriguing migration patterns make them a favored study subject, their actual population sizes and trends are still largely a mystery after years of research by an international cadre of professional biologists. 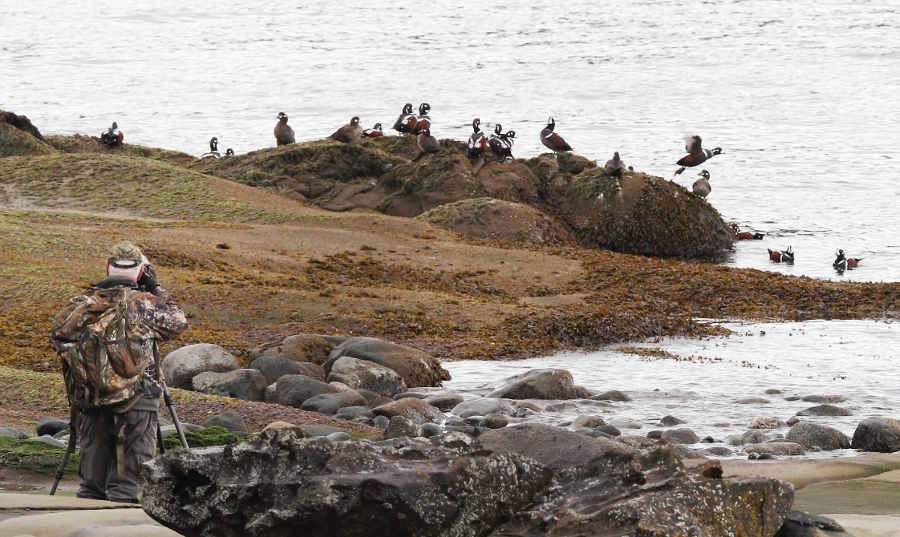 FWP biologists want to learn more about one of Montana's rarest birds.

The harlequin duck spends most of its life on the Pacific Ocean, but each spring harlequin pairs return to Montana's swift, cold streams to breed.