FWP and partners have been working to conserve wildlife, habitat and the places animals need to move for decades.

A research paper from 1944 titled ‘Distribution and Status of Pronghorn Antelope in Montana’ (Beer, 1944) summarized the seasonal movements of antelope in northeast Montana in this way; 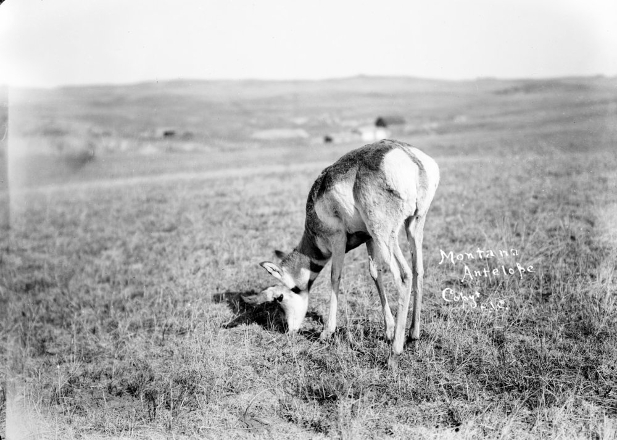 For the most part the season movements of the pronghorn are not great. Most of the bands leave the flat unbroken prairie for an area of breaks or hills when the first bad weather comes in the fall.  This movement is usually limited to but a few miles.

Along the Canadian border, in southern Park County and on the eastern border of Carter County there is  a winter influx. The Canadian animals drift over the border with the winter storms and do not return to their home range until spring. These bands are reported to be quite large. 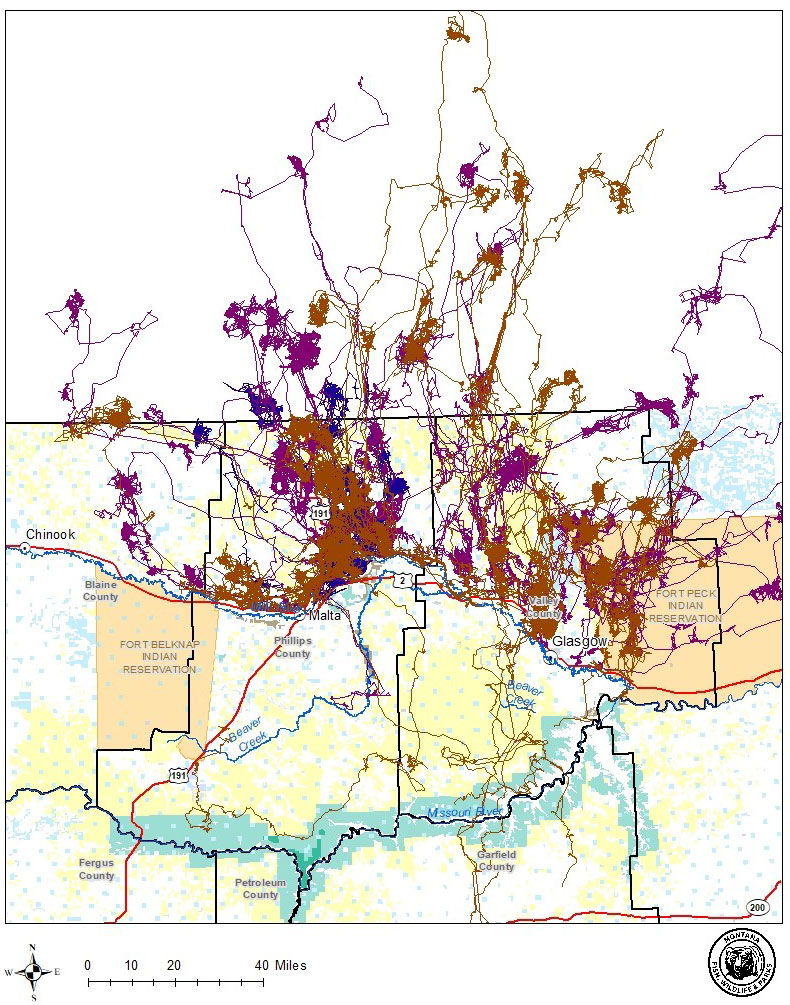 ‘Sun River elk migrations and movement have been a subject of study for many years.  Early interest in the relation of Sun River elk to South Fork Flathead River elk resulted in winter studies of elk movement at passes along the Continental Divide from the early 1930’s periodically until 1958. In addition, elk calf tagging was initiated in the Sun River in 1937. Tagging of calves or elk on winter ranges has continued through 1964.’

‘Movements across the mountains into adjacent drainages (Flathead-Sun River and Swan-Flathead) are known to occur. This has influenced management practices in the creation of Preserves and the setting of season dates.’

‘Following the first severe extended storm in November, the elk show an apparent urge to migrate from higher elevations to the lower expanses of foothills and open valley bottoms. This tendency becomes acute as the lack of forage becomes more critical because of the increase in the accumulation of snow.  Hunting activity at this time of year is an opposing force which tends to hold the elk back in the more rugged country. As soon as this activity ceases, the elk move to the lower ranges in sizeable bands, and by late December and early January, a large part of the herd is on foothill ranges outside the mountains. Before the Sun River Game Range was provided in this belt of land, elk wintered almost wholly on private lands when off the forest. The situation has been almost completely alleviated by the Sun River Game Range, for it provides an ideal place for the elk herd to take cover.’