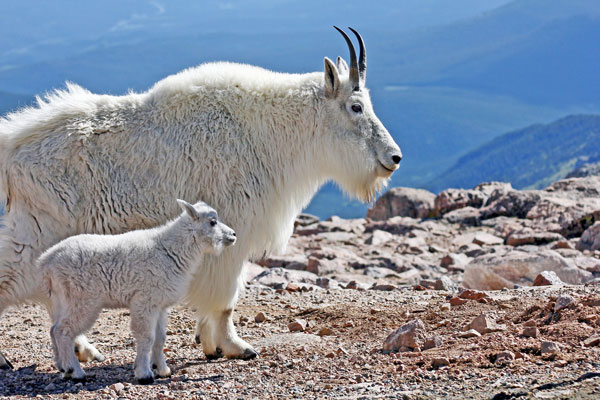 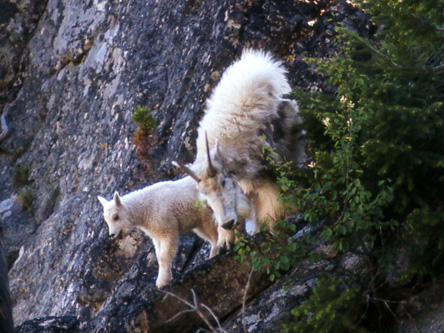 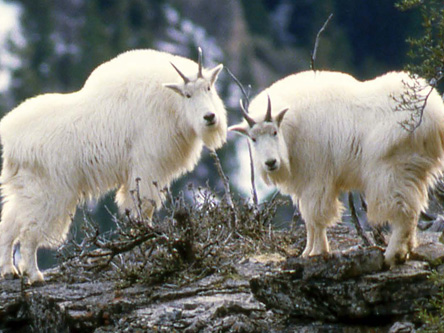 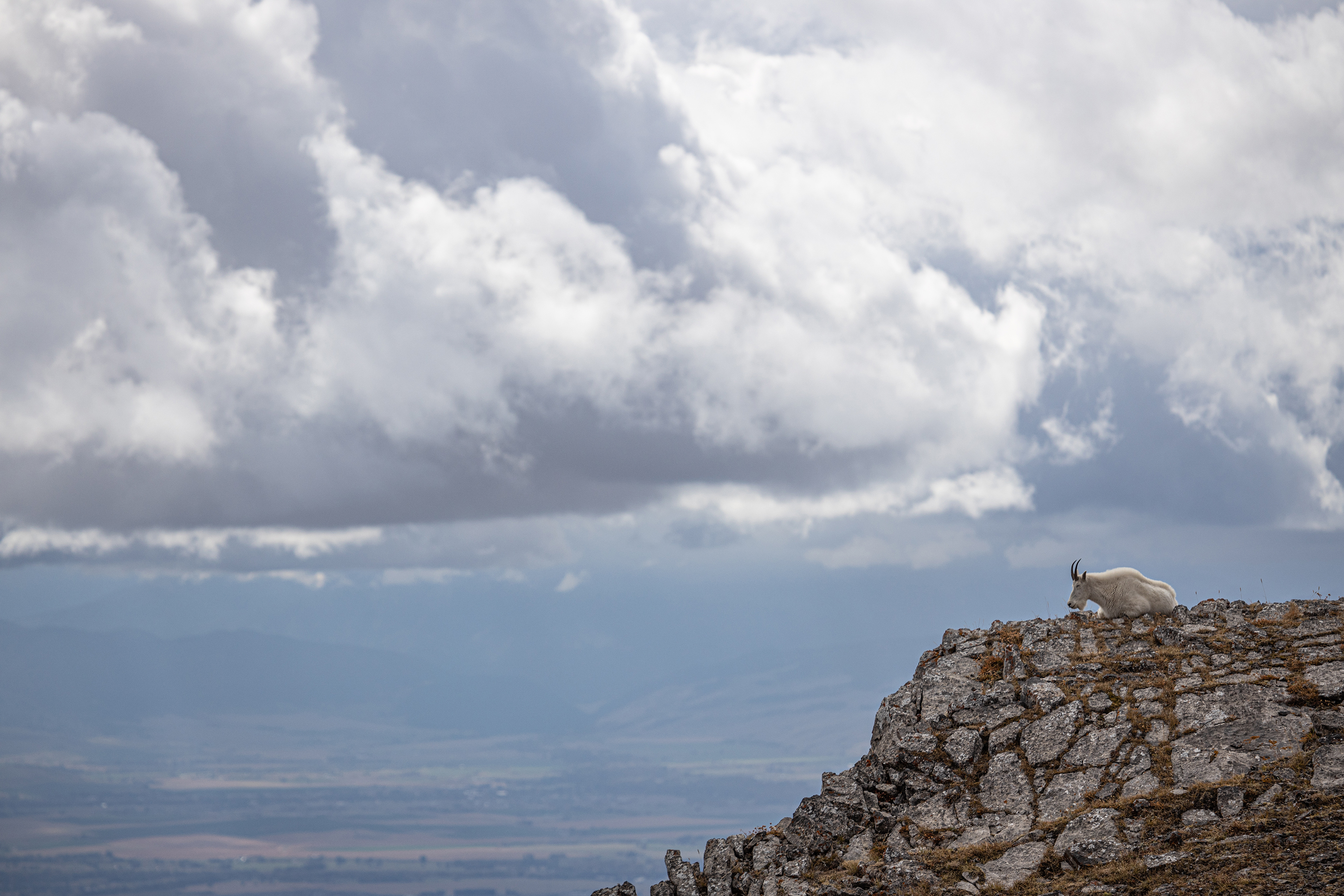 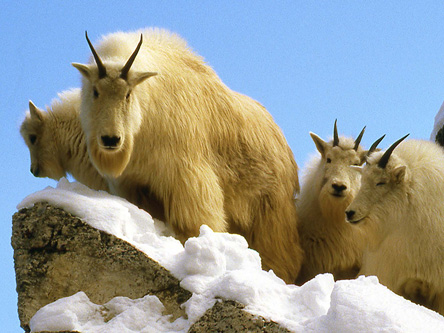 Like our pronghorn antelope, the mountain goat has no close relatives in the New World. While the pronghorn is home-grown in North America, the mountain goat arrived here at least 40,000 years ago leaving its nearest kin — the gorals, serows, and chamois — behind in Asia and Europe. Possibly the most extraordinary mountaineer to ever live, the goat is bound to steep, rugged terrain of Montana’s mountains. This alpine athlete is a photogenic favorite of photographers and wildlife watchers and a challenging game animal.

In Montana, the status of mountain goats is complicated. The western portion of the state supports native populations that a recent analysis finds have declined over the past 70 years. These native goats (outside Glacier National Park) are three to four times fewer today than the 4,100 estimated from the first surveys during the 1940s. Licenses to hunt native goats have been reduced more than tenfold over the past five decades. East of the Continental Divide, additional populations were established by translocating goats into prehistorically unoccupied habitat. The majority of introduced populations are prospering, with some notable exceptions. Introduced populations now provide the majority of Montana’s hunting opportunity.

Reliable information on population status and trends of mountain goats is logistically difficult to obtain. Developing improved population survey methods, learning about mountain goats’ sensitivity to changes in habitat conditions, and understanding why native populations have declined in Montana are primary research needs.

Mountain goats are managed as a game animal in Montana with limited hunting opportunities.

Tips to identify billies and nannies in the field.