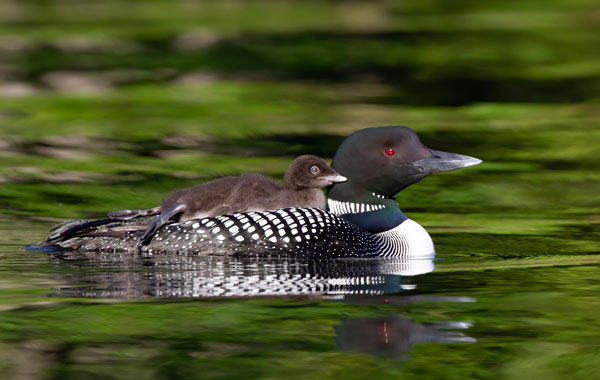 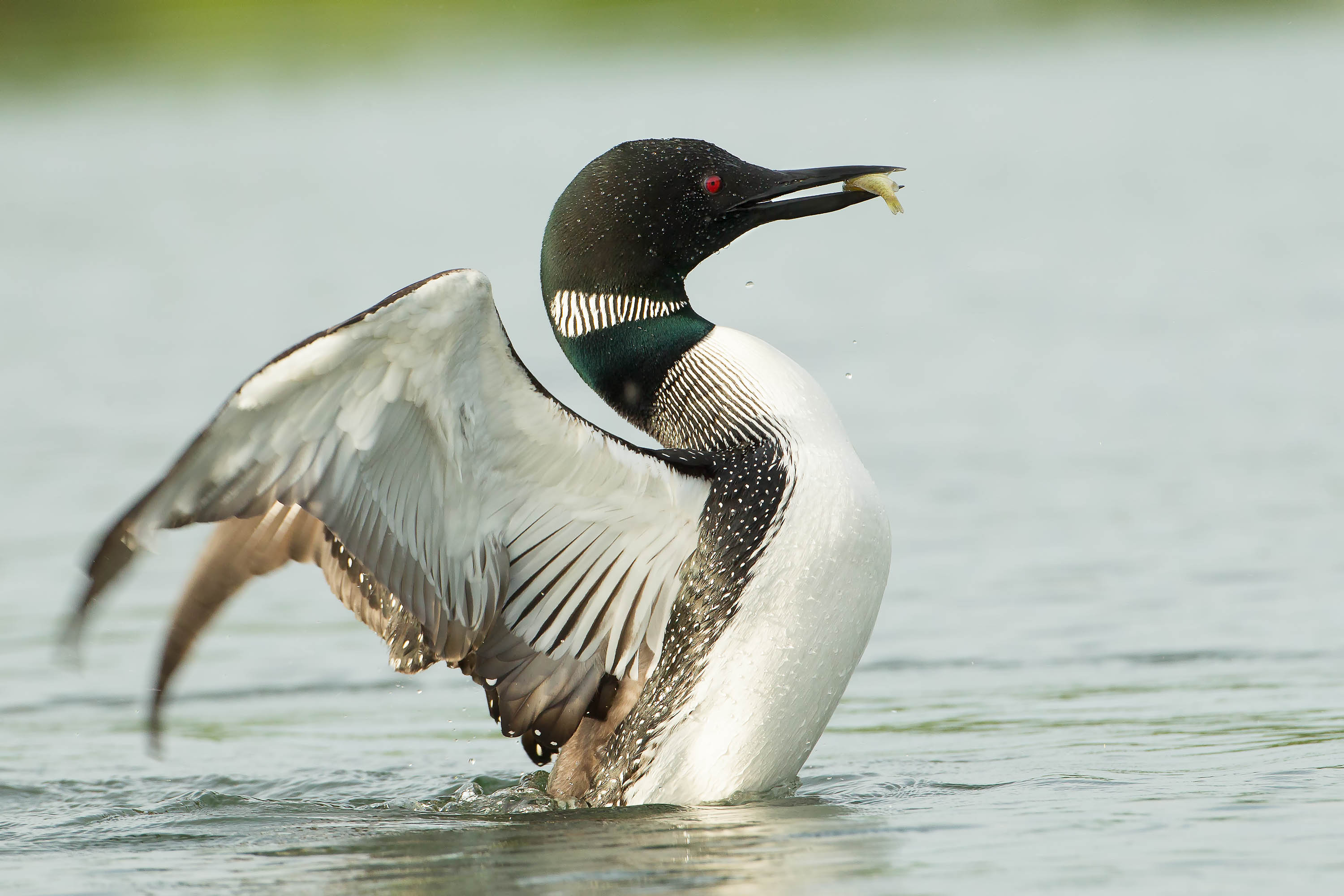 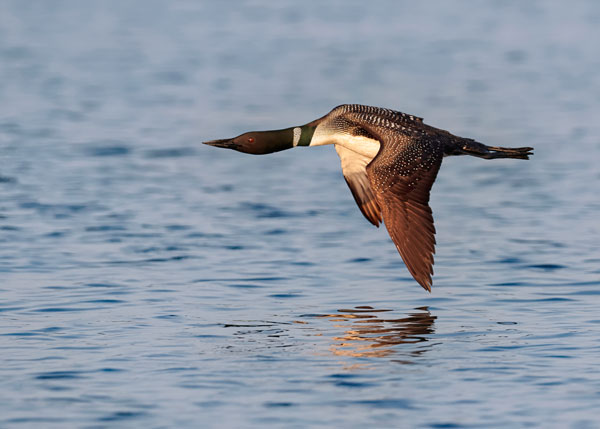 Common loons are a Species of Concern in Montana. Common loons are found on pristine freshwater lakes throughout the Crown of the Continent Ecosystem during the breeding season (early spring through fall), migrating to coastal areas for the winter. They are large, relatively long-lived birds (living 25–30 years) with unique adaptations that allow them to be excellent divers and swimmers.

The biggest threat to loons is human disturbance. Shoreline development, recreation and watercraft use, and human-caused water level fluctuations can cause the loss of adequate nesting habitat or even of nests and eggs themselves. Other threats include ingested lead from fishing lures, discarded fishing line, which can entangle and kill loons, and mercury exposure, which can lead to reproductive failure and have effects on chick behavior and development.

Common loons have specific habitat requirements — lakes over five acres in size, clear water, little disturbance, and a good supply of fish and/or aquatic invertebrates. They also have a low recruitment rate, only producing up to two chicks per mating pair each year, and are slow to mature — the average first year of successful breeding is seven years old.

Montana Fish, Wildlife & Parks works with the Montana Common Loon Working Group and Biodiversity Research Institute staff to conduct monitoring efforts to improve the understanding of Montana's loon population dynamics and ensure the continued growth of the population. The first management plan for common loons was completed in 1990. Since then, several research projects across the country and in Montana were completed to help improve conservation and management strategies.

The Uncommon Behavior of Common Loons

Known for their elegant image and haunting calls, Montana's loons conjure up memories of wild places. Come along as biologists study the uncommon behavior of the common loon.