Conservation > Species > Bear All about bears 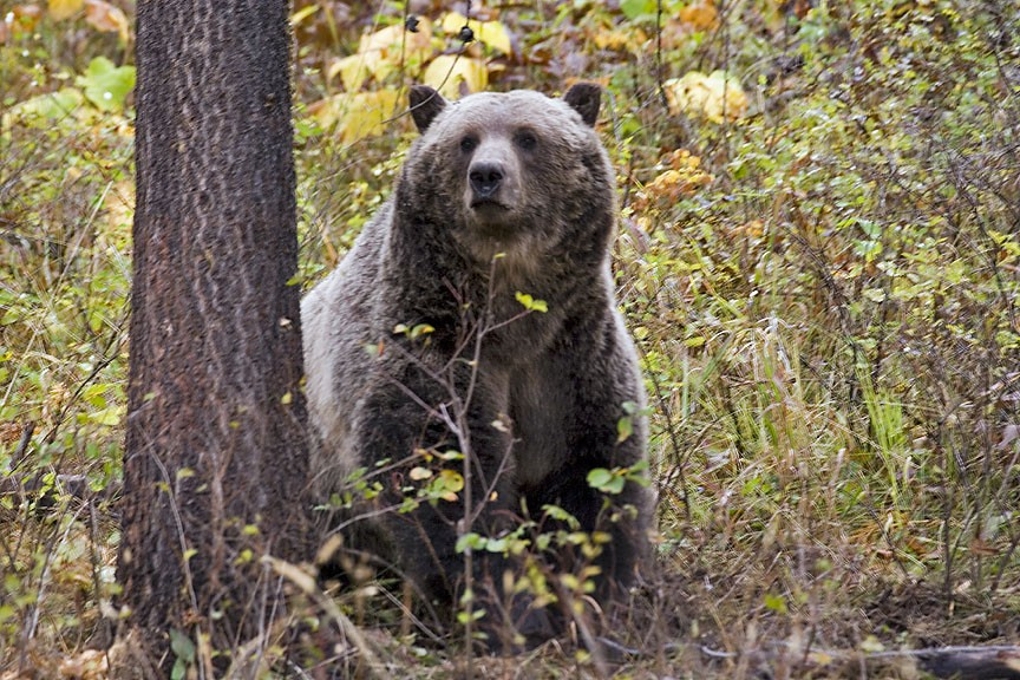 Montana grizzly bears are native, iconic omnivores that have high value to people and cultures across the state and around the world. Grizzly bears play important roles in ecosystems. At the same time, they can and do injure or kill people and livestock and cause property damage and economic loss, which may disproportionately affect certain individuals. Their potential presence is both valued and feared.

Montana has been at the forefront of grizzly bear management and conservation dating back more than a century.

Today, Montana has the largest remaining grizzly bear population in the United States, with the exception of Alaska.

Grizzly bears historically occupied most of Montana, as described in the journals of Lewis and Clark. Between 1800 and 1975 with westward expansion and European settlement, grizzly populations in the lower 48 states receded from estimates of more than 50,000 bears to fewer than 1,000. Livestock depredation control, habitat deterioration, commercial trapping, unregulated hunting, and protection of human life were the leading causes of decline in the overall grizzly bear population. Logging and recreational development also contributed to the increase in human-caused mortality of grizzly bears.

By 1922, the last of the California grizzly bears were gone, followed by Utah (1923), Oregon (1931), New Mexico (1933), and Arizona (1935). By the 1930s, occupied grizzly bear habitat in the lower 48 states had been reduced to the Yellowstone National Park area, the vicinity of Glacier National Park, the Middle Fork of the Flathead drainage (now the Great Bear Wilderness), and the Bob Marshall Wilderness.

While grizzly bears increasingly vanished across the West in the 20th Century, Montana stood out as a conservation leader. The Montana Fish and Game Department implemented management measures and promoted public awareness to try and slow the decline of grizzly bear populations. Montana abolished baiting and the use of hounds to hunt bears (1921), listed bears as a managed game species (1923), and prohibited the killing of cubs or females with cubs (1947). Some of the first scientific studies surrounding grizzly bears were conducted in Montana, including a 1941 survey by Robert “Bob” Cooney, Montana’s first wildlife biologist, and Ray Gibler in the Bob Marshall Wilderness Complex.

“There hadn’t been much of anything done about the grizzly but we did I’m sure help out in bringing them up from practically nothing to pretty reasonable numbers,” Cooney said in the PBS documentary “Back from the Brink.” “We found they needed quite a bit of care.”

The Montana Fish and Game Department continued grizzly bear surveys through the 1940s and 1950s. Major research was conducted in the 1970s with the Border Grizzly Bear Study led by Chuck Jonkel and the East Front Grizzly Bear Study led by Keith Aune. These were followed by the South Fork of the Flathead River study under Rick Mace and a study in the Mission Mountains by Chris Servheen.

John and Frank Craighead conducted landmark studies of grizzly bears in Yellowstone National Park from 1959 to 1972. These studies and newfound public awareness helped lead to the listing of the grizzly bear as a threatened species under the federal Endangered Species Act in the lower 48 states in 1975. Montana remains at the forefront of grizzly bear research today.

After decades of hard work by all Montanans, grizzly bear populations have reached and surpassed federal recovery goals in the Greater Yellowstone and Northern Continental Divide. Densities of grizzly bears are increasing. Populations are expanding into areas where they have not been for decades, including connectivity areas between recovery zones. These areas include a greater percentage of working private lands and places where the human population is expanding, creating a greater potential for conflicts.

Although grizzly bears in the lower 48 states remain under the jurisdiction of the U.S. Fish and Wildlife Service, much of the day-to-day management in Montana is done by Montana Fish, Wildlife & Parks within the bounds of what listing allows.

FWP maintains the integrity of its science, provides meaningful opportunities for people to engage in processes and management direction, and balances the diverse interests and values so that all have a voice in the future of grizzly bears in Montana. 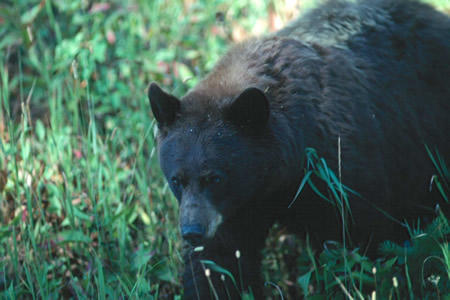 All About Black Bears

Black bears are native omnivores that range across much of Montana. Many of the same characteristics and habits of grizzly bears listed above apply to black bears.

From the high density bear populations of the maritime, wet, forested northwest corner of the state to the dry, rugged country in southeastern Montana, black bear hunters and enthusiasts enjoy a variety of season types and viewing opportunities.