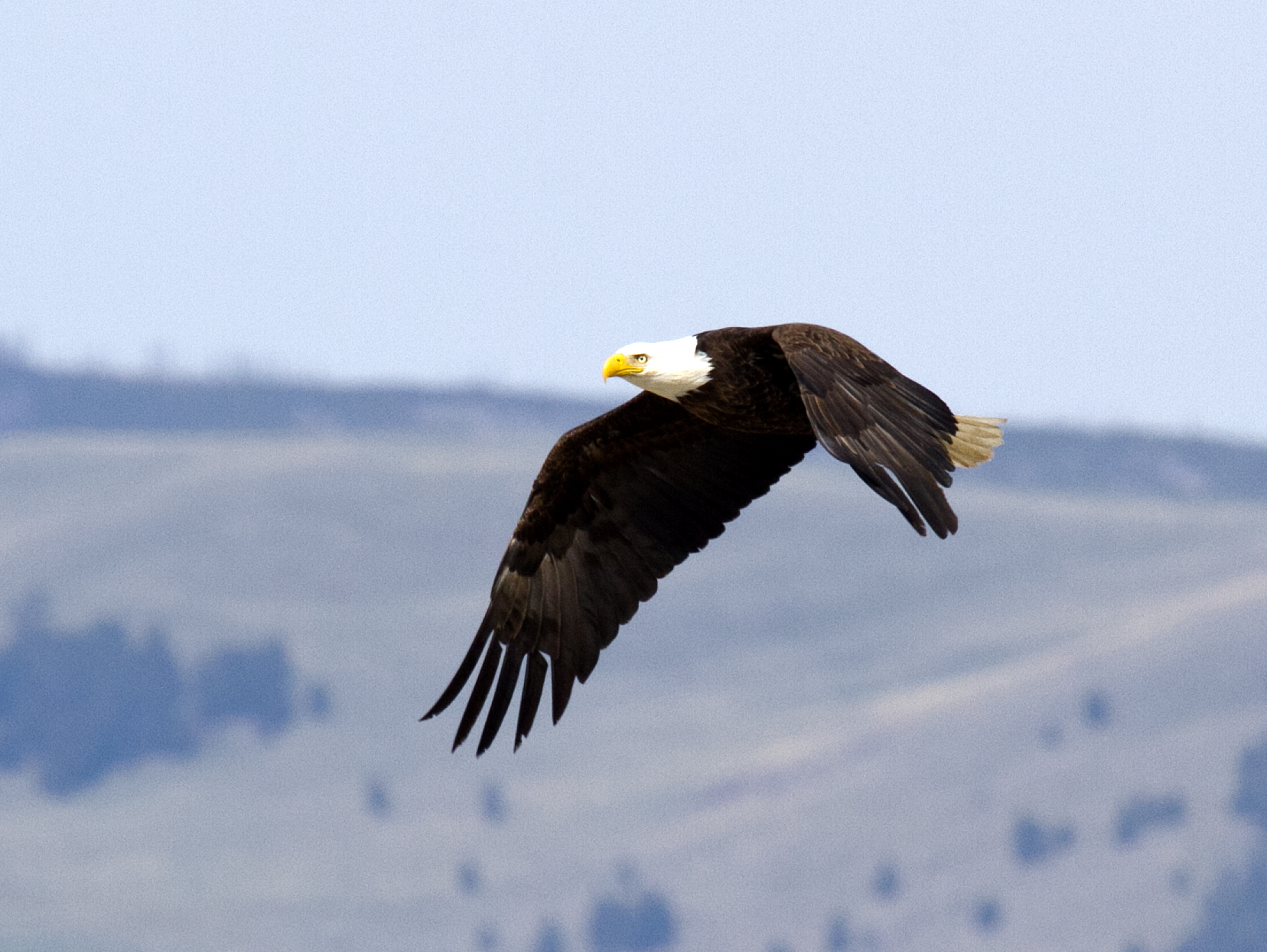 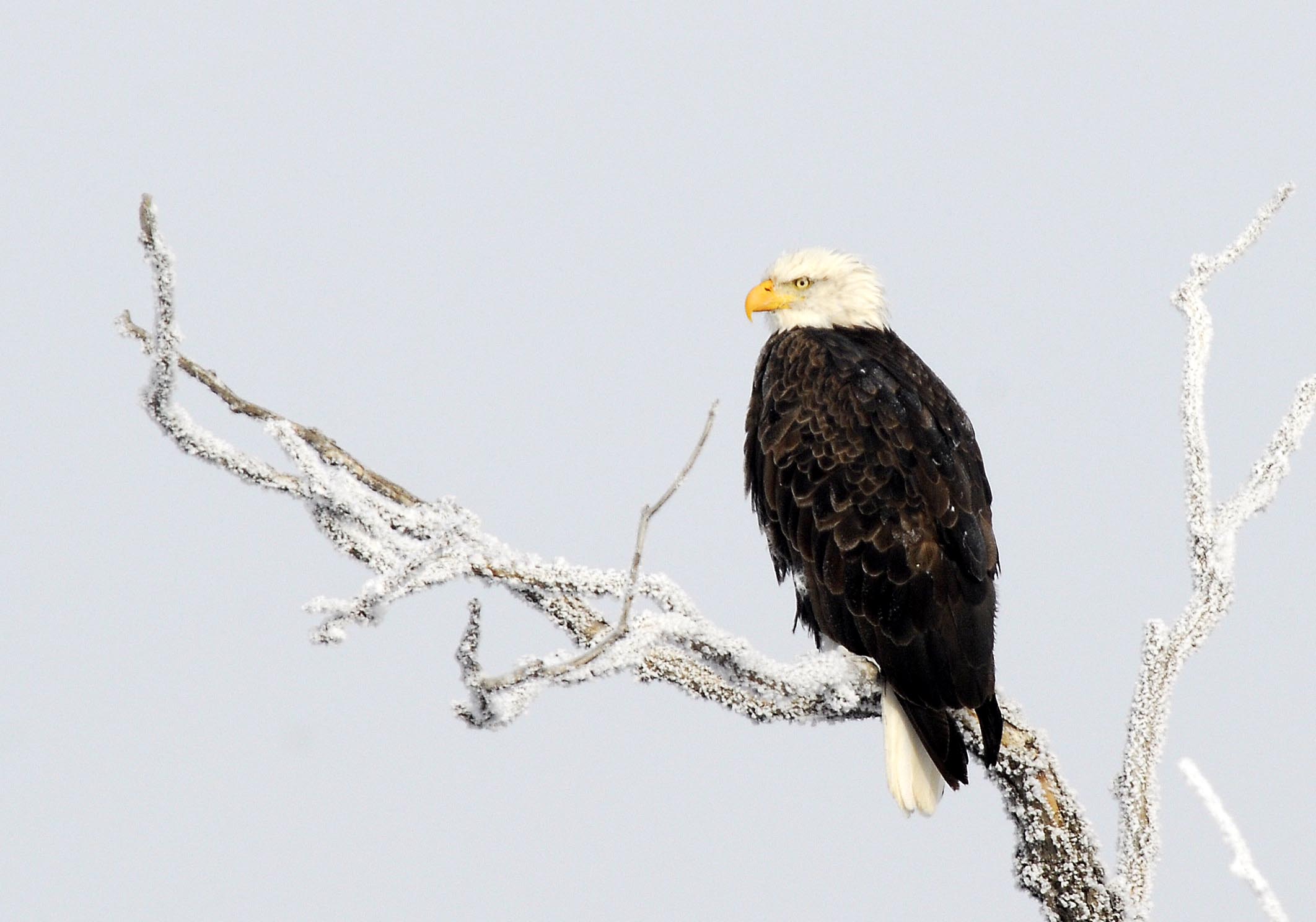 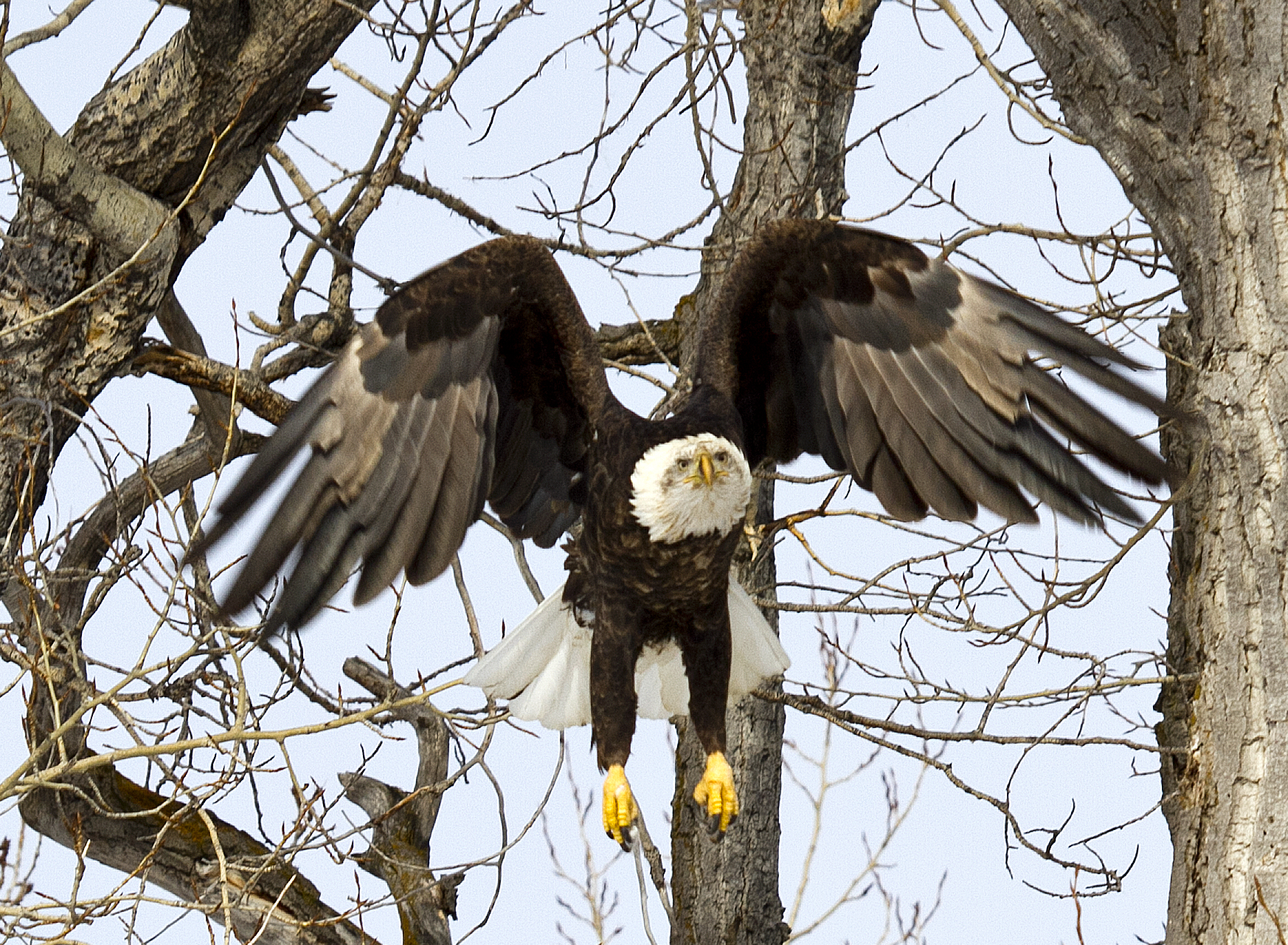 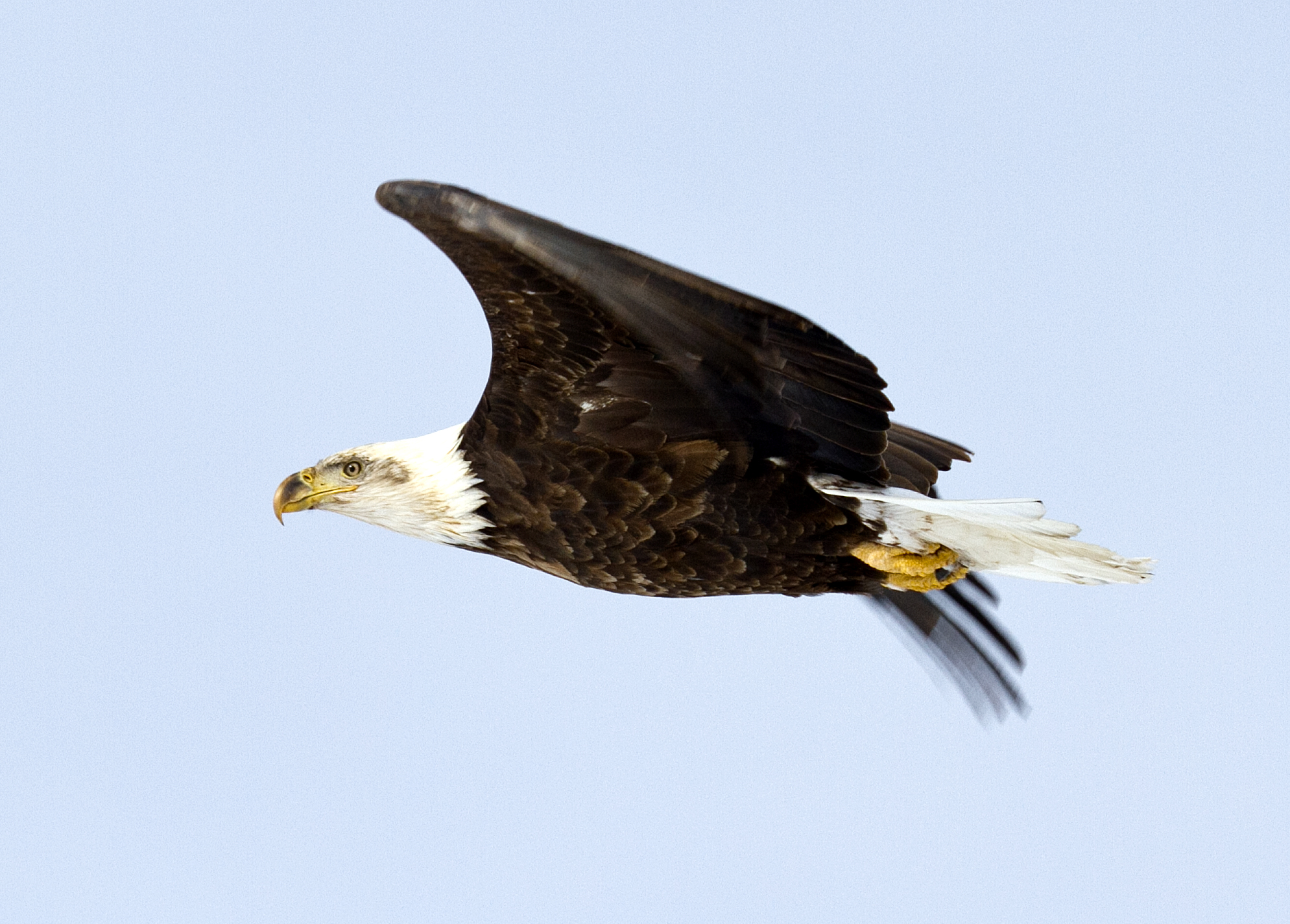 The bald eagle (Haliaeetus leucocephalus) is a resident species in the forested, mountainous areas of Montana. Other individuals from more northerly latitudes either winter in Montana or migrate through the state to more southerly locations.

One of the largest raptors, the bald eagle is about 3 feet from head to tail with a wingspan of 6 to 8 feet, yet it only weighs between 9 and 14 pounds (females are larger than males).

While in flight bald eagles are capable of seeing fish in the water and rodents on the ground from several hundred feet above. An eagle's eye is almost as large as a human's but its sharpness is at least four times that of a human with perfect vision.

Bald eagles in Montana were removed from the U.S. Fish and Wildlife Service list of Threatened and Endangered Species in 2007.

Bald eagles are no longer an endangered species, but bald and golden eagles are still protected by multiple federal laws, such as the Eagle Act, the Migratory Bird Treaty Act, the Lacey Act, and other state and municipal protections. Eagles, their feathers and body parts, nests, nest trees, and winter/nighttime roosts are all protected by federal laws.

The Eagle Act prohibits anyone from taking, possessing, or transporting any eagle or eagle parts (including nests, eggs, feathers, etc) without prior authorization. This includes inactive nests as well as active nests. Activities that directly or indirectly lead to take are prohibited without a permit.

The Management Guidelines (below) were prepared in cooperation with the Montana Bald Eagle Working Group to provide recommendations for protecting bald eagle habitat and reducing the risk of potential violations of the federal Bald and Golden Eagle Protection Act. This document is an addendum to the 1994 Bald Eagle Management Plan.

The guidelines provide landowners and land managers with a set of recommendations to reduce the potential of disturbing eagles and to encourage land management practices that may benefit eagles.

Although the US Fish and Wildlife Service guidelines are applicable throughout the United States, more protective state guidelines are often appropriate in areas where bald eagles have displayed greater sensitivity to human activity, and in the relatively open landscapes of the western states.

The State of Montana also has regulations in place to protect bald eagles.

December 2011 — A look at the delisting of Eagles.

Both male and female adult bald eagles have a blackish-brown back and breast, a white head, neck, and tail, and yellow feet and bill.