*Central Flyway is divided into 2 zones. See the regulations for details on the zones and the specific dates.

All migratory bird hunters in Montana, as well as in al other states, are required to take part in a National Harvest Survey Program. To comply with HIP, you must complete a survey including your name, address and date of birth before you can purchase your Montana Migratory Bird License.

Most FWP regional offices will have free waterfowl identification guides that you may pick up and carry while hunting.

What Duck is That?

Waterfowl hunters are legally required to identify the species and even gender of the birds they shoot. For everyone else, it’s simply fun to know which duck is which. 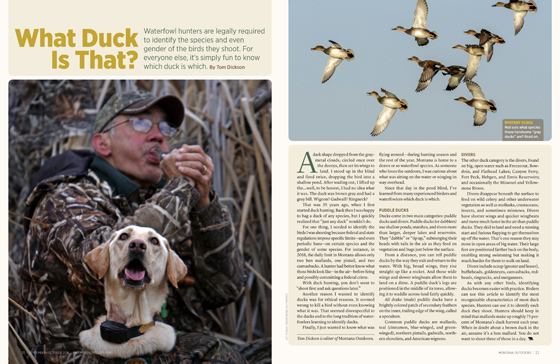