The public comment period will be open from June 26 - July 26. Information on how to comment and commission adopted regulations proposal will be posted here shortly.

On June 30, from 6:30 - 8:30 p.m., a public meeting to discuss the proposal and collect comment was held via Zoom. Recording of the meeting can be found below.

Proposed wolf season options ranging from Limited New Tools to Maximum New Tools. The commission may treat these options discretely or mix and match tools across options or incorporate other tools/options. Unless specifically changed by commission adoption, season elements from the 2020 season are proposed and would remain unchanged. 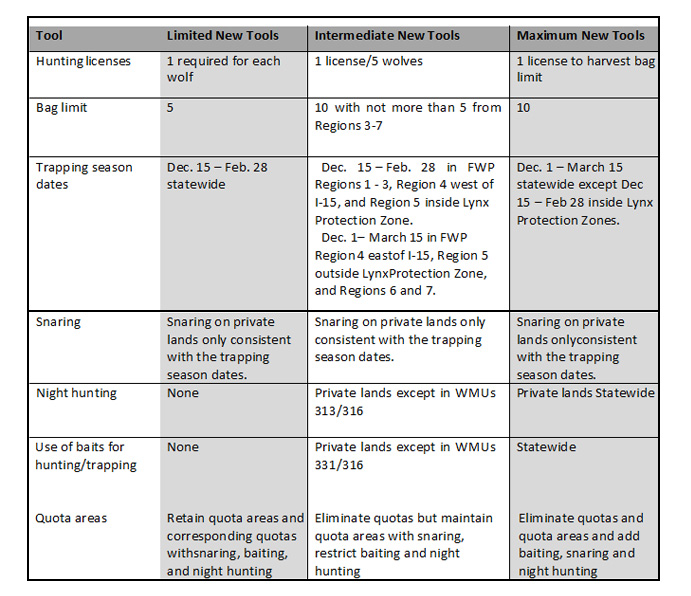 Comments on the following proposed item will be accepted until Monday, July 26, 2021, at 5 p.m., with final adoption at the August 2021 commission meeting.