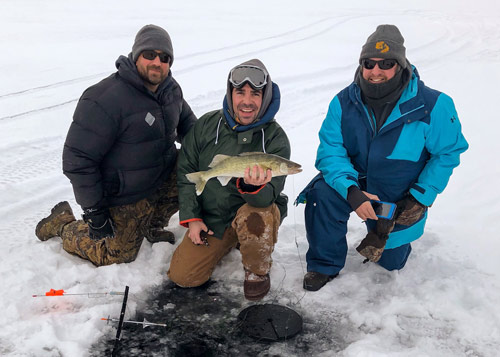 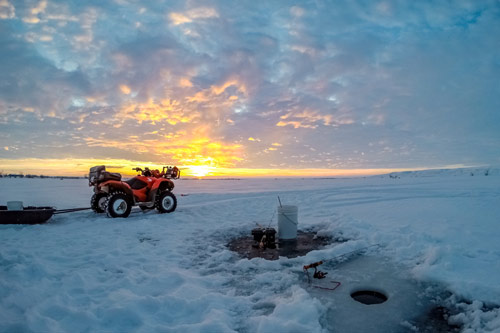 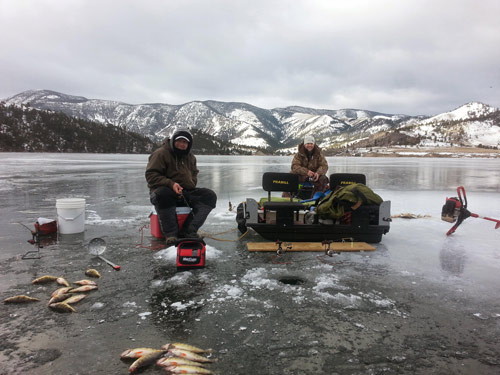 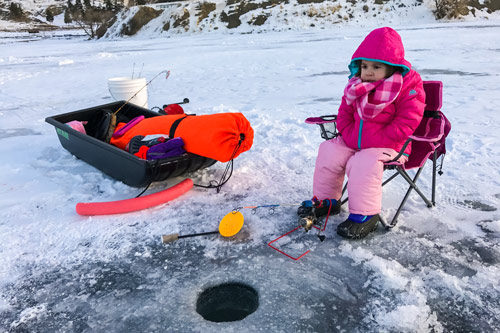 Ice fishing is more than just a way to fill the days between the closing of one open water fishing season and the opening of the next. It is a chance to breathe the cold, clean winter air; to spend quiet time outdoors with family and friends, and to relax and collect one's thoughts.

What do you need to get out on the ice? We can help.

Do your homework before you go.

What is safe ice? Learn more on our ice fishing safety page.

The Ice Report application allows anglers to distribute and share information about lake ice thicknesses during the ice fishing season in Northern climates. The ice data is submitted by users and there is no guarantee of accuracy. As always, check ice thickness yourself before venturing out. Montana Fish, Wildlife & Parks has no affiliation with this application.

FAQ coming soon. If you have a question that you'd like us to answer, let us know!

Here is a guide to get you started. For more options, check with your regional FWP office or explore the FishMT map!

You caught some fish! Now, what?

Ice fishing gear doesn't have to be complicated. Here are the top 5 essentials:

1) Something to measure the ice with — remember, safety, first!

What do you need to go ice fishing?

Sara Smith, our Becoming an Outdoors-Woman Coordinator, shares the top 5 things you need to get started. 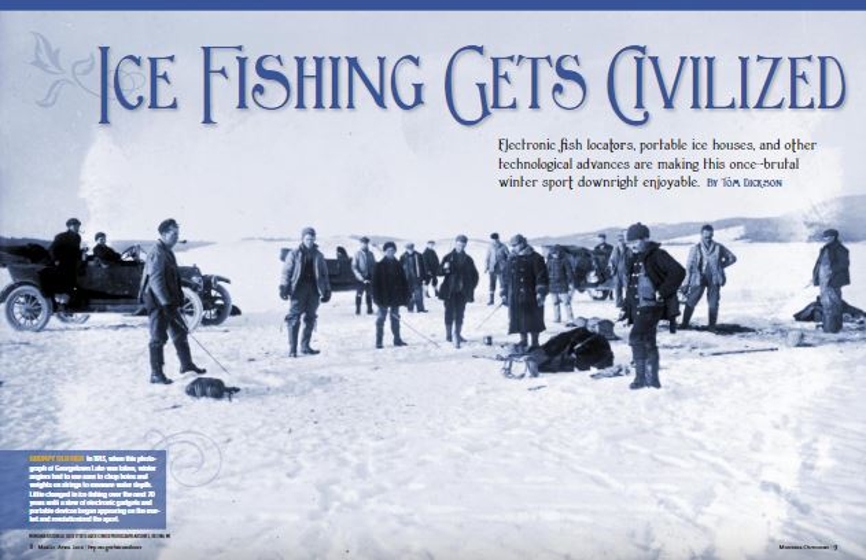