Elk (Cervus canadensis) are one of the largest terrestrial mammals in North America and an icon of big-game hunting and conservation.

The depletion of Montana's wildlife, including the noticeable decline of elk herds on the landscape, during the 1800's and early 1900's inspired the beginning of Montana's conservation movement during the first half of the 20th Century.

Today, Montana is home to one of the largest elk populations in the country.

Managing Montana’s elk populations at levels compatible with other land uses and meeting the current and future demand for hunting and other recreation has become increasingly complex, demanding increased comprehensive planning. FWP has operated under some form of elk plan since 1978. In 2005, Montana adopted a new, comprehensive elk plan. In 2020, a citizens group assembled to provide overarching elk management guidance for the state of Montana, including a forthcoming update to the state's Elk Management Plan. 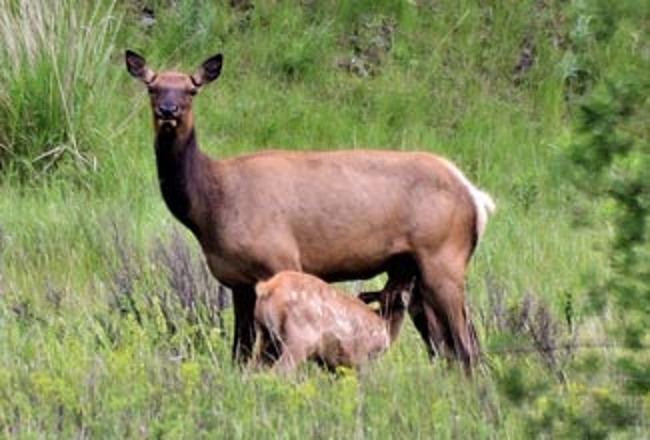 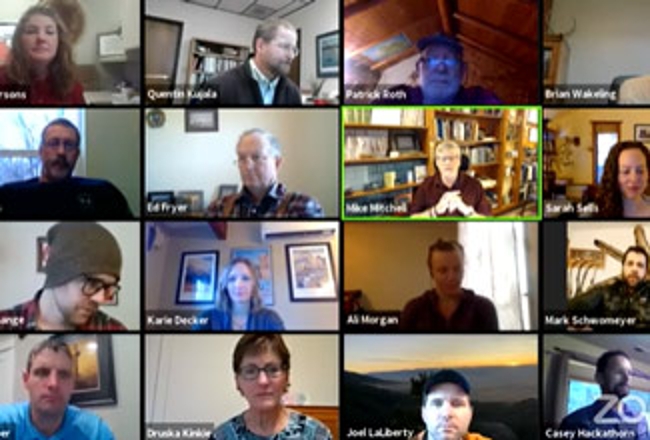 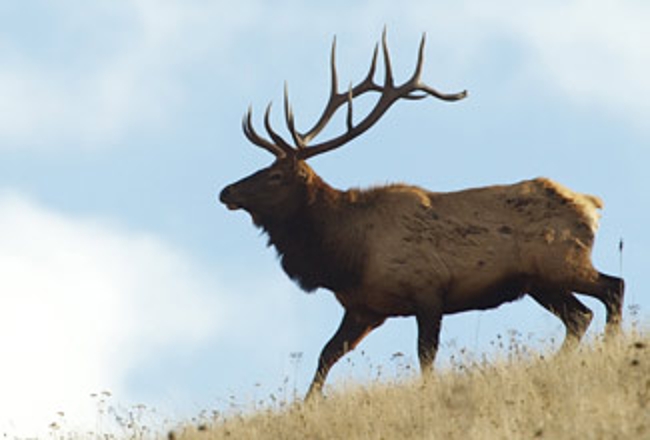 Brucellosis is a contagious bacterial infection in domestic animals, wildlife and humans worldwide. The disease can result in abortions in some pregnant animals, including domestic cattle, bison and elk. It can also result in serious financial burdens to cattle producers, potentially resulting in quarantine of a herd, increased testing and vaccination costs and possible difficulty in trade with other states and countries. The potential for transmission to livestock has led FWP to investigate the status of brucellosis in some elk herds near Yellowstone National Park.

Because brucellosis can negatively impact Montana livestock producers, influence the acceptability of elk on the landscape, impact the overall health of wildlife populations and remains a health concern for people, Montana Fish, Wildlife and Parks is working with the Montana Department of Livestock, livestock producers and sportsmen and women to better delineate the geographic distribution of the disease in elk, understand elk-cattle transmission risk and ways to mitigate that risk, measure its prevalence in elk populations and understand factors that may influence changes in prevalence and distribution of the disease.

FWP along with informal input from the Elk Management Guidelines in Areas with Brucellosis Working Group annually assembles an "Elk Management in Areas With Brucellosis Work Plan (PDF)" which guides implementation of potential management actions within the Designated Surveillance Area or in other specific areas where brucellosis-exposed elk have been confirmed within the previous five years. The work plan requires annual adoption by the Fish and Wildlife Commission.

Surveillance for brucellosis across Wyoming, Idaho, and Montana has largely relied on collection of samples from hunter harvested animals. Due to difficulties in obtaining a large enough sample size from harvested elk in Montana, since 2011, FWP has embarked on a surveillance and research project that involves capturing, testing, and radio collaring elk from areas on the edge of the known distribution of brucellosis.

In the winter of 2020/2021, FWP embarked on its eleventh year of targeted brucellosis surveillance and research in southwestern Montana. One hundred adult cow elk were captured in the Horseshoe Hills of HD312 and 100 adult cow elk were captured in the Ashland area of HD704. All elk tested negative for exposure to brucellosis. In total, 29 cow elk in the Horseshoe Hills and 40 cow elk in the Ashland area received GPS collars in an effort to enhance our understanding of elk movement patterns within these populations, evaluate the risk elk may pose for brucellosis transmission to cattle or other elk, and improve overall elk population management.

Montana has operated under some form of an elk management plan since 1978. The state adopted plan updates in 1992 and 2005. The plan provides a framework for managing Montana’s elk populations at levels compatible with other land uses and meeting the current and future demand for hunting and other recreation.

Declines in elk calf recruitment and populations have continued to raise concerns about the effects of carnivores on elk populations. Recently, integrated carnivore-ungulate management proposals to reduce carnivore, including wolf and mountain lion, populations in efforts to increase elk recruitment have been proposed in west-central Montana. However, the ability of wildlife managers to use carnivore harvest as a tool for improving elk recruitment, and thus elk population size, has not been evaluated in Montana.

The specific objectives of this project are:

Funding was provided by revenues from the sale of Montana hunting and fishing licenses and matching Federal Aid in Wildlife Restoration grants to Montana Fish, Wildlife & Parks. Funding was also provided by the Rocky Mountain Elk Foundation.

Approximately 1,000 elk inhabit the north Sapphire Mountains in the northeastern the Bitterroot Valley and provide recreational opportunities for people across the state and region. Elk herds within this area have typically migrated between high elevation summer ranges primarily on public and corporate timber lands to lower elevation winter ranges primarily on private land. These migratory behaviors may have changed in recent years, with elk spending increasing time on winter ranges. These changes are problematic for landowners in the form of crop loss and game damage issues, as well as problematic for hunters that are finding fewer elk on public lands during the hunting season. As elk become less accessible to hunters during the general hunting season, it becomes more difficult for managers to maintain elk within objective levels.

The goals of the project are:

This project will identify factors contributing to problematic elk distributions and help develop effective responses to the management challenges within the north Sapphire Mountains. Findings from this project will be relevant beyond the north Sapphire Mountains, as problematic elk distributions and the challenges associated with managing these populations are becoming increasingly common in the western United States.

Financial support for this project has been provided by:

Funding was also provided by revenues from the sale of Montana hunting and fishing licenses and matching Federal Aid in Wildlife Restoration grants to Montana Fish, Wildlife & Parks.

The elk population within the Elkhorn Mountains of central Montana is one of the most sought after bull elk hunting opportunities in Montana. This area has been impacted by a mountain pine beetle (MPB) epidemic with tree mortality approaching 90 percent over much of the affected area. MPB has affected low elevation ponderosa pine (Pinus ponderosa) stands as well as higher elevation lodgepole (Pinus contorta) pine forests, and the effects of MPB on elk habitat and movements are unknown.

In collaboration with the Elkhorn Working Group, Helena National Forest, Montana State University, and Montana Department of Military Affairs, Montana Fish, Wildlife & Parks initiated a study to evaluate the impact of MPB infestation on elk habitat and movement in the Elkhorn Mountains. This project will build from a long-term study conducted by FWP and the Helena National Forest from 1982-1992 and will provide wildlife and land managers a better understanding of the impacts of the MPB outbreak on elk nutrition and security habitat. Findings from this study will be relevant across other areas of Montana and the western US that are experiencing MPB epidemics.

Financial support for this project has been provided by:

Funding was also provided by revenues from the sale of Montana hunting and fishing licenses and matching Federal Aid in Wildlife Restoration grants to Montana Fish, Wildlife & Parks.