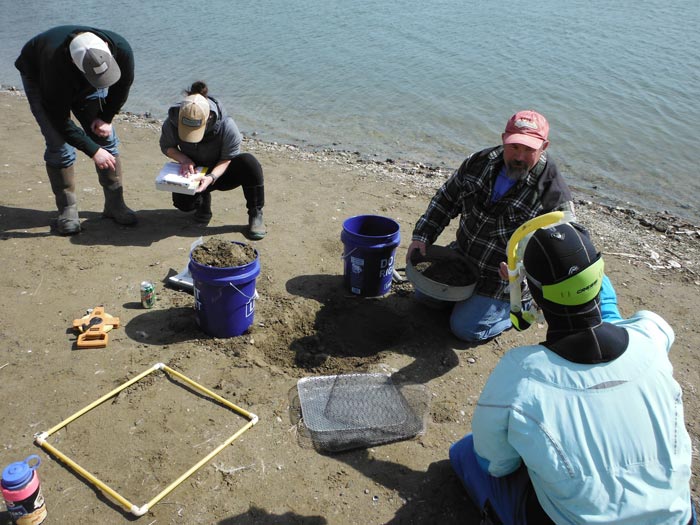 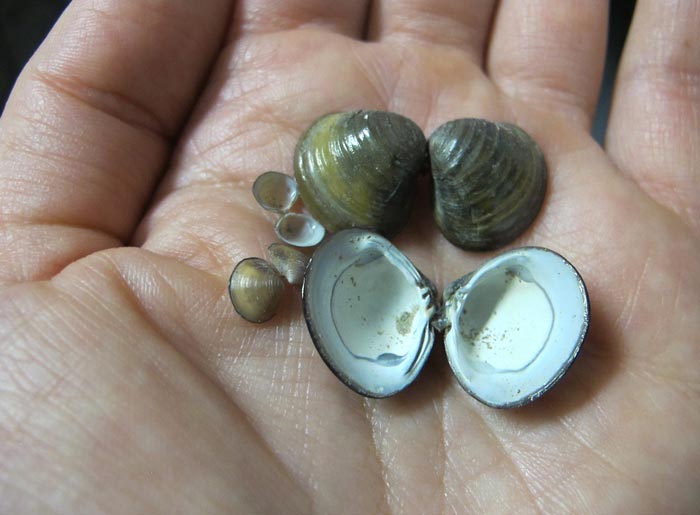 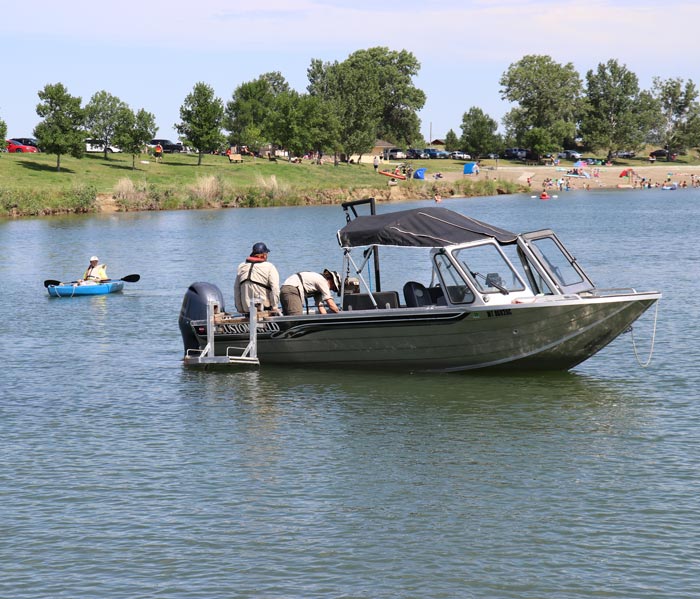 The Lake Elmo State Park Improvement Project is a multi-divisional effort at Montana Fish, Wildlife & Parks made up of the Aquatic Invasive Species (AIS), Fisheries, and Parks divisions.

Lake Elmo State Park is in Billings, Montana and receives high visitation year-around for a variety of activities. The primary goal of the Project is to remove a recently discovered AIS, the Asian clam. Additional components of the Project include improving the trail, fisheries habitat, angler access, and other park amenities.

Corbicula fluminea (Asian, Golden, or Good Luck clams) is an AIS discovered at Lake Elmo State Park in 2019. In Montana, the population at Lake Elmo is the only known presence of Asian clams. Additional sampling in 2019 and 2020 suggest that Asian clams are only in Lake Elmo, as no clams were found in nearby waterbodies or the adjacent irrigation ditch. Neither the source or date of the introduction is known. However, the clams have been in the lake for at least several years because both juveniles and adult clams are present.

Asian clams are undesirable because they clog irrigation and water system infrastructure, filter and remove important food sources needed by other species, like fish and turtles, and promote the growth of harmful bacteria and algae. Furthermore, the shells of dead Asian clams are sharp and pose a safety hazard. Additionally, if the clams are ignored, they will likely spread into the irrigation ditch, nearby creeks, and possibly the Yellowstone River.

Results from the public scoping efforts in March 2020 indicated strong support for FWP to address the presence of Asian clams in Lake Elmo. Data show that drying and freezing are the best way to kill the clams. A partial drawdown (approximately three feet) of Lake Elmo was completed from October 2020–May 2021. The drawdown exposed portions of the shoreline and lakebed. Many dead clams were discovered by FWP staff and the public throughout the winter of 2021. However, a full-drawn of Lake Elmo is needed for complete eradication. Additional results from the public scoping showed that the public was supportive of FWP to use the clam eradication strategy as an opportunity to improve the park while the lake is fully drained. Plans include (but not limited to) trail and bank improvements, rock jetties, a ramp on the northeastern shore for ice anglers and kayakers, and new fish habitat.

Why is the lake being drained?

The lake is being drained because an aquatic invasive species, the Asian clam, was found in Lake Elmo during the summer of 2019. Currently, Lake Elmo has the only documented population of Asian clams in the state of Montana.

Why are the clams bad?

Asian clams are known to be biofoulers, especially with industrial water systems and power plants. They clog irrigation canals, intake pipes, and water treatment facilities. The clams also alter lakebeds and outcompete other species, like fish and turtles, for limited resources such as food. In other systems, the invasive clams populations are large and have formed into dense mats that suffocate native mussels. Additionally, their process of feeding and excreting can alter the organisms living in the water column and cause an overgrowth of harmful algae.

I have been finding clams in Lake Elmo since the 1970s, why are you draining it now?

Although there are native clams and mussels, this is the first documentation of an invasive clam in Lake Elmo. Asian clams are small (between ¼” and 2” across) with brownish-tan shells (may have some black coloring) and have distinct ridges ‘bumps’ that are easily felt. The shells of the invasive clams are very hard and will not break under finger-strength pressure.

The public scoping was designed to gather comments, ideas information on the proposal to remove invasive clams from Lake Elmo.

In October 2020, Montana Fish, Wildlife and Parks recommended that it drain Lake Elmo in Billings Heights in 2021 to eradicate invasive Asian clams found there in 2019.

Department fisheries biologists and managers issued a draft environmental assessment on plans to address the invasive clams. The document also lists plans to improve fish habitat and add state park amenities while the lake is dry. Public comments were collected through Nov. 18, 2020.